We recently launched a new series called “One Synth, One Song” which contain articles on creative strategies for electronic music producers.

In the first instalment, we focused on the Dreadbox Erebus, alongside a lovely track by Russian-based Rostislav Goncharov a.k.a. Cyborg See Cyborg Do.

This time we will highlight the popular Make Noise 0-Coast (one of our Best Synths of 2016) and the work of Steve Blum, an electronic musician from San Francisco, USA (you’ll find more info about him at the bottom of this post). 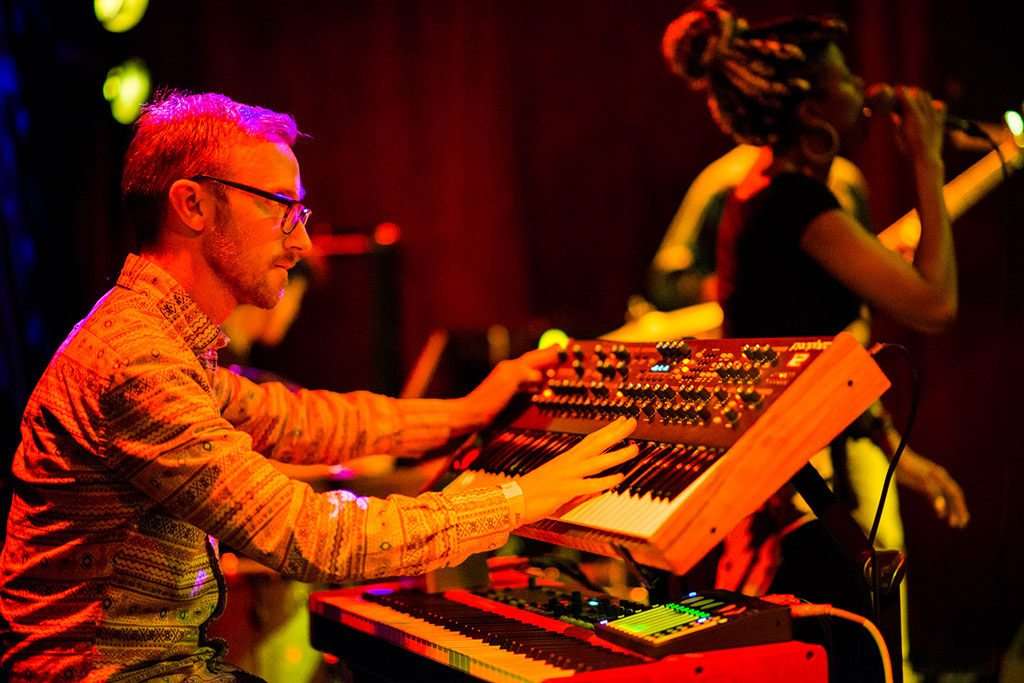 In January, Steve took on a creative challenge – creating a song a day exclusively using the Make Noise 0-Coast.
We’re talking of a body of work that spans across different techniques and tonal materials, which is why we thought it would be interesting to include more than one track in this article. We took a little bit of creative license here, but we hope you don’t mind! 🙂

Let’s start with this track…

We asked Steve some questions about his use of the 0-Coast, his workflow and setup.

Hi Steve, please tell us more about your journey into synthesis, the A Song A Day challenge and how you found the 0-Coast…

“I started playing piano when I was a little kid and have been pretty serious about music ever since. I studied jazz piano and make a living playing, teaching, writing, and music directing. Synthesis and electronic music always seemed interesting, but I knew very little about it until a couple years ago.

I started this project where I was participating in a small online community where everyone wrote and shared a Song a Day for the months of January and July every year. Through this I discovered an outlet for some rhythmic and melodic ideas that never seemed to quite fit into my regular musical life.
I bought a synth and used it like crazy as a writing tool. Before long I was also playing it in a couple bands. Continuing my education – I was reading a little bit and watching documentaries – the ideas behind Don Buchla’s synths really intrigued me.

That stereotypically plucky sound just grabbed me, and I discovered the music of Suzanne Cianni and Kaitlyn Aurelia Smith, both separately and together. After seeing some demos of the 0-Coast I was totally captivated by its sound and the ideas behind modular synthesis, and decided to take the plunge.”

Any tips for new 0-Coast users?

“The 0-Coast is capable of a wide range of sounds, and to get the really sweet tones you have to do very little. The multiply knob can have such an extreme effect and is super fun to play with, but if you leave it most of the way or all the way down there are a wide range of subtle sounds.

Less experienced users may find the sound architecture of the 0-Coast quite unusual (no lowpass filter, etc.). How did you approach it?

“It doesn’t have a traditional filter, but the Balance and Dynamics circuits can both have the effect of a filter. The balance circuit controls the relative volume between the unit’s basic sine wave and the overtones.

When there are crazy sounds going on, turning this knob to the left has an effect that is somewhat similar to a traditional filter sweep. The dynamics circuit is a low pass gate, basically filtering out higher frequencies depending on the volume of the signal coming through. Softer volume means the higher frequencies get filtered more.”

How versatile is the 0-Coast?

“It’s a totally fascinating and beautiful instrument, capable of the most sweet tones you could ever conjure, and some of the nastiest. I’m still using it, and working on taking some of the techniques I learned and turning it into something of a cohesive album.”

What other tools did you use for creating these tracks?

“Up until Day 30, my recording gear consisted solely of a Keith McMillen Instruments QuNexus and a Korg SQ-1 controlling the 0-Coast. The 0-Coast was fed into an Empress Reverb pedal, directly into my KMI K-Mix (see our K-Mix review).

I used my DAW of choice, Reaper, to record and mix audio, and Izotope Ozone 5 for some finishing touches.”

Tell us about your approach/workflow…

“Each track would start with me messing with sound and/or a sequence until I found something cool. I would then hit the record button and let it go for a couple minutes while tweaking the sequence and tweaking the sound.
I would then go back to the top and try to find a complementary part and do a few layers this way. Maybe add some ambient or glitchy sounds until I was satisfied, and called the track complete. Recording this way with the 0-coast was often tricky to keep things strictly in time and in pitch.

Some tracks are me experimenting with intention – for example, trying to make a convincing bass drum or snare sound. Or trying to execute a rhythmic idea, such as overlapping layers of 5/8 and 5/4. Others are me saying, “Well, I have 40 minutes today, what ideas can I start with that will allow me to complete something resembling a track in this amount of time?” 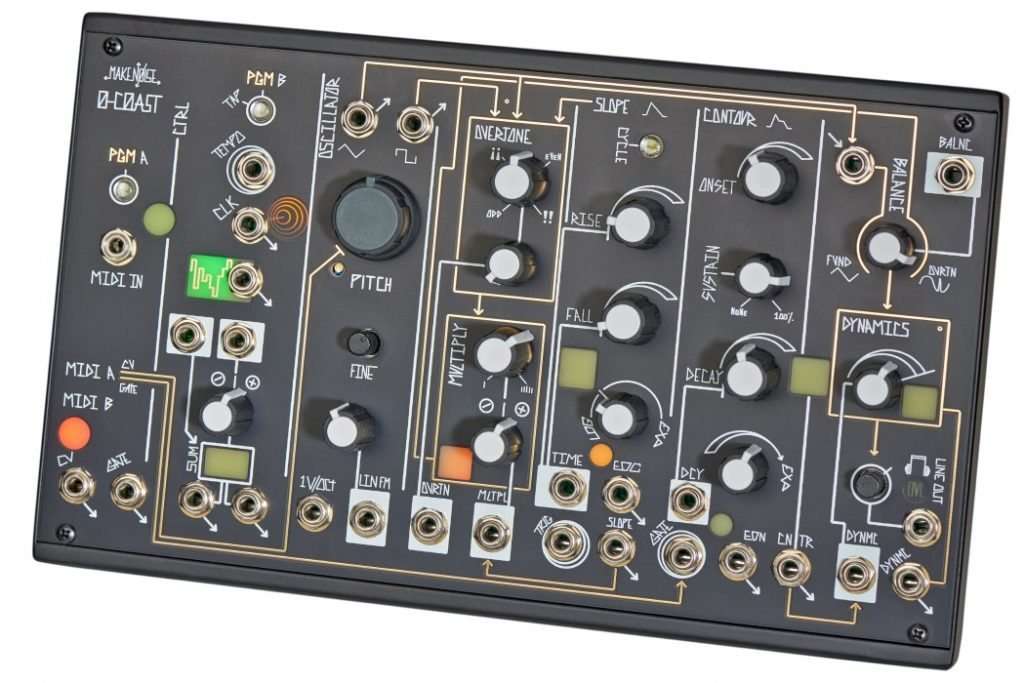 All of the tracks were recorded in 45 minutes to 3 hours. Earlier in the month I had more time and was able to dedicate 2+ hours to every track.

As far as my recording process, I am almost exclusively using the DAW as a ‘tape-recorder’. My last song a day projects often involved recording to a click and heavy looping, re-arranging, and editing as part of the process. These tracks almost exclusively exist as a handful of layered 2-3 minute takes for each voice in the song.”

What were your experiences sequencing the 0-Coast?

“The SQ-1 was really fun at first, to be able to tweak sounds with both hands and not have to worry about executing a part on the keys. Dialing in specific sequences can be kind of a pain due to its limited interface, but it definitely gets the job done. 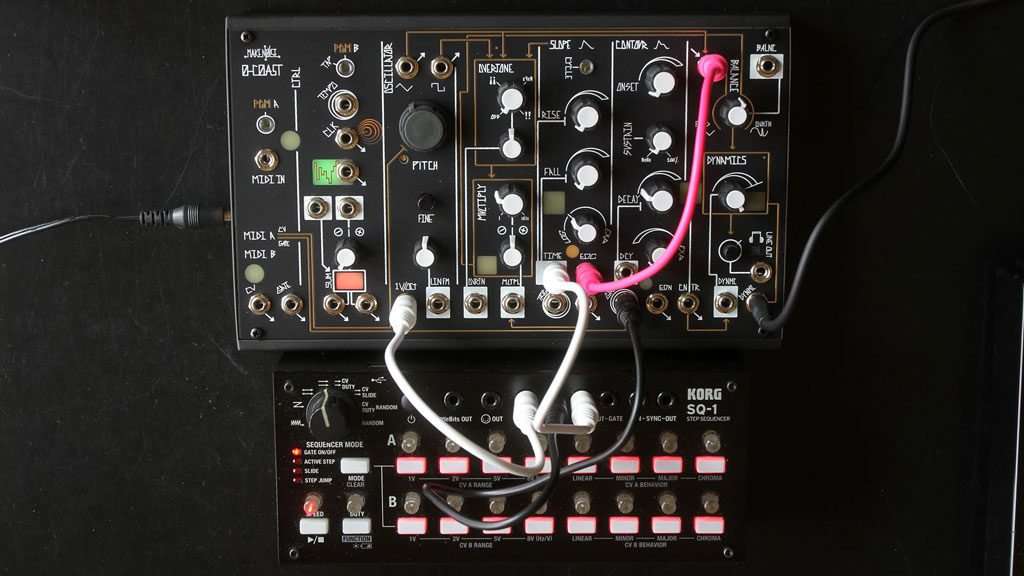 Its interface for adding/removing steps on the fly is intuitive and can be pretty powerful when used with imagination. The big limit I found myself running into was sequence length and subdivisions. If I wanted a 5/4 rhythm, it would have been great to be able to do a 20-step sequence – a full measure of 16th notes in 5/4, but the SQ-1 is not capable of such.

If my first part I recorded was quarter notes, there was no way for me to get precise 8th or 16th notes out of my setup – neither the 0-coast’s nor the SQ-1’s tempo parameters are capable of precise values, and I didn’t have anything else to sync them to. So I would often have to play layered parts on my QuNexus into the 0-coast.

On the last 2 days I used a Squarp Pyramid (another favorite here at ANR, see our Best Controllers and Innovations of 2016), and on the last day especially you can hear that I went crazy with the layered rhythms. Maybe it’s a good thing I started with the SQ-1 or all of my tracks might have sounded more like this one! ;-)”

To learn more about the O-Coast, visit the Make Noise website.

Steve Blum is a San Francisco-based keyboardist and composer. He is an active performer and composer in the Bay Area, collaborating with many local musicians. He also maintains his own solo creative project, the ever-evolving Keyboarchestra.
His most recent release, Keyboarchestra Vol. 2: Martian Moon Music and 35 other short pieces features a collection of pieces, half of which were recorded using only a Prophet 12, the other half a Roland Juno Di.
Check out his music on Bandcamp.

If you enjoyed this article and you’re craving a 0-Coast, please consider buying using this button. Your support is much appreciated!