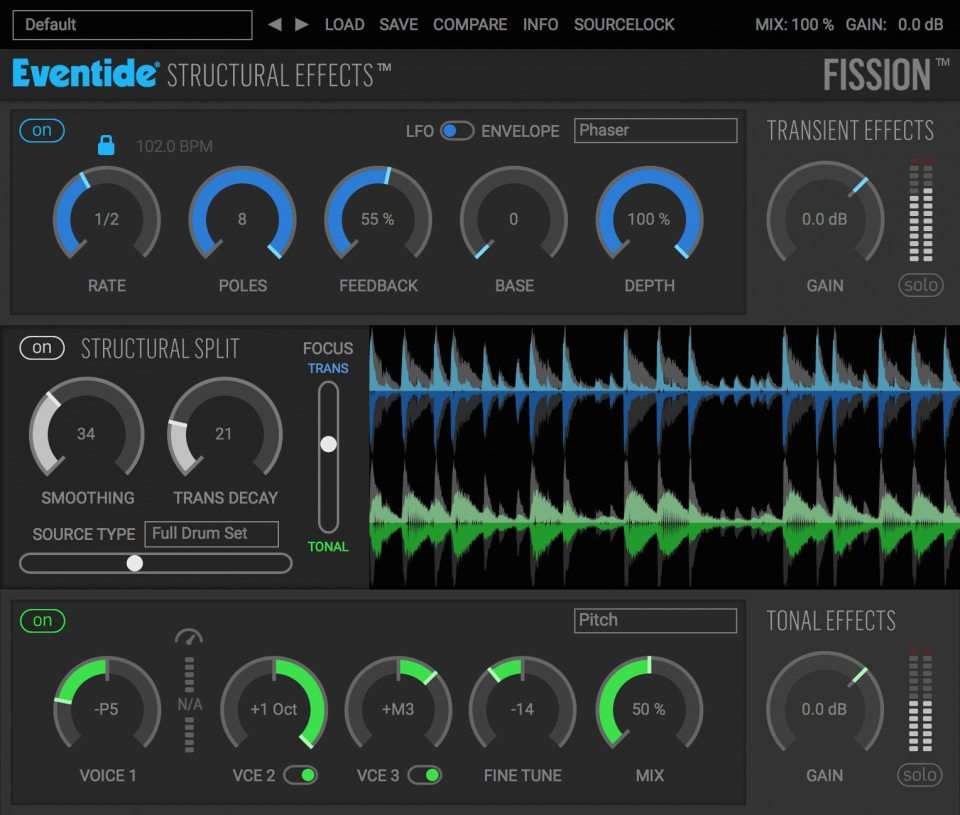 As of January 23, 2018 Eventide has renamed this plugin as Physion (due to copyright claims).

Do you think that most software effects are the same, besides the way they look? Then you’re in for a treat. If there’s a company that can reinvent the wheel, this is Eventide.
Last month, the US company announced a new proprietary plug-in methodology called STRUCTURAL EFFECTS that separates sound into its transient and tonal parts more effectively and accurately than previous processes.

You can think of FISSION as both a creative, experimental tool as well as a utilitarian one.

This section is followed by the STRUCTURAL SPLIT. This is the core of the plugin, as it controls the flexibility and efficiency of the splitting algorithm.

As you can see in this image, the audio flows through the STRUCTURAL SPLIT and gets sent to the other two sections for different treatments.

In the STRUCTURAL SPLIT make sure to pay attention to the Focus slider. It controls the sonic energy towards either the Tonal (bottom of slider) or Transient (top of slider) audio channel.

The real separation magic occurs in the middle settings, where Focus sets the main transition region or decision point where audio splits (in time and frequency) into the separate Transient and Tonal streams.

What Can You Do With FISSION?

As it happens with new technologies, it will take us some time to fully realize the potential of this plugin.

I had a chance to test a pre-release version in the past few days and I found it a brilliant helper to reshape attack-rich sounds like piano, guitars, etc. into bowed, mellower tones, as well as to remove the problematic tonal part of some Asian percussions I had on a track. Again, as you can see, creativity and utility go hand in hand in FISSION. Plus the no-nonsense and clean looking interface is a joy to work with.

And that’s only scratching the surface. Sound designers and producers will love this, I’m sure. I’m looking forward to spending more time with FISSION (and report back).

It looks like this is only the beginning of a new Eventide story. In the company’s words “FISSION is the first member of a new class of processors. We plan to develop a family of products based on this new technique, so stay tuned!” New stompboxes or H9 algorithm, anyone?

You Might Hate Presets, But These Ones Really Help 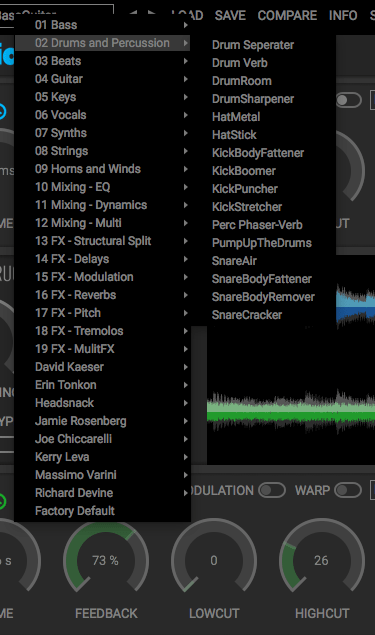 I found these presets a great starting point and a helpful ‘guide’ to better understand how the plugin actually works. Now go and explore (tip: try using more than one instance of FISSION on the same track!).