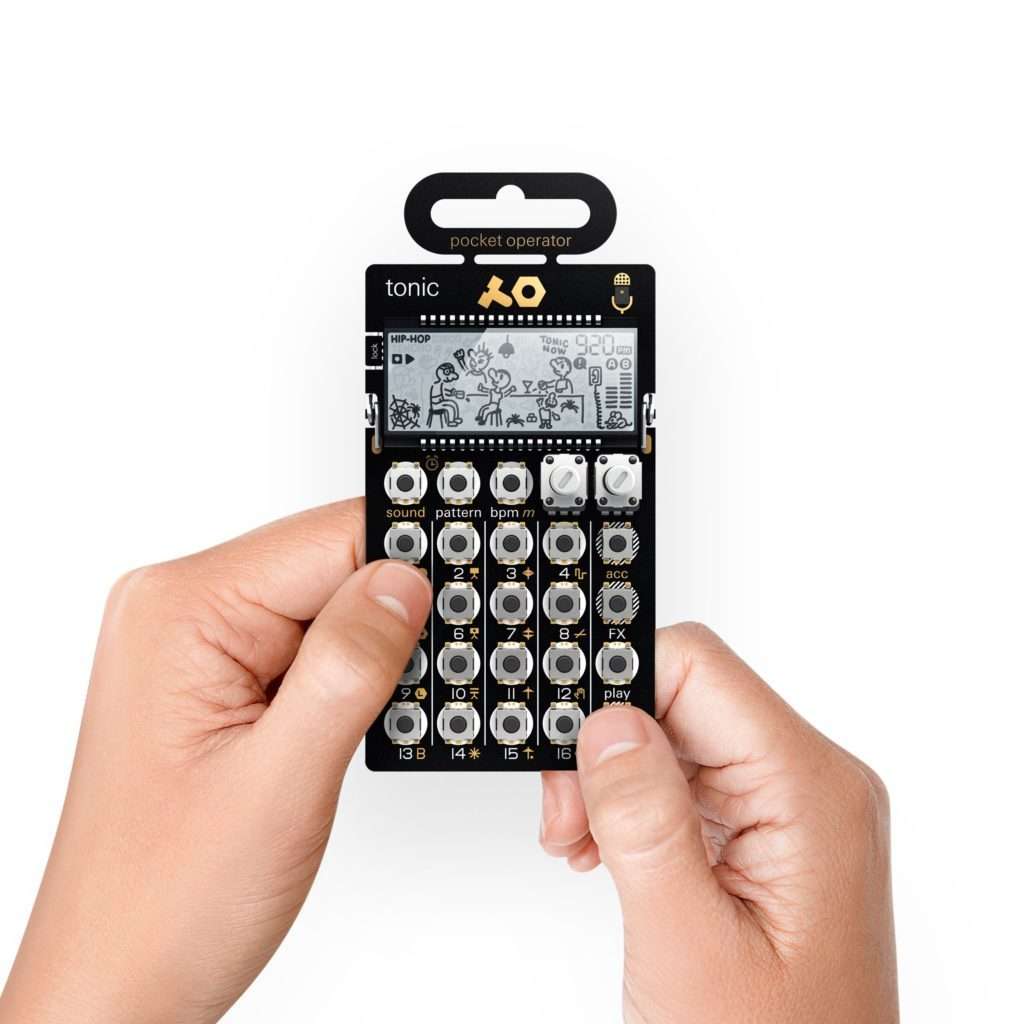 After our conversation with the Teenage Engineering team last year at Musikmesse, we knew that there would have been a few more Pocket Operator treats coming this year.
Today the Swedish company announced the PO-32 tonic – a new Pocket Operator with some interesting tricks up its sleeve, such as a built-in microphone and import/export functionality (a first for the PO line).

PO-32 tonic is a drum- and percussion synthesizer created in collaboration with Magnus Lidström of Sonic Charge, the developer of one of our favorite software drum synths of all times (microtonic) and, among other things, of the CWO effect in OP-1 (see our interview with Magnus Lidström).

According to the company, “unique to PO-32 tonic is its wide range of sonic capabilities, a fresh selection of new punch-in fx, a built-in microphone allowing direct transfer of sounds and pattern data between units, as well as the ability to allow users of the standard desktop version of microtonic to shape sounds, generate new patches and pattern data, and transfer this wirelessly back to the PO-32 tonic. For the first time, Pocket Operator users can easily import, export and share their music with the world, opening up for unlimited potential.”

The PO-32 features 16 customizable sounds, 16 effects, a 16 step sequencer with p-locks and pattern chaining (up to 64)

As you can see, in this video the PO-32 uses its mic to transfer sounds from the microtonic AU/VST plugin running on the computer. FYI: the PO-32 mic is NOT for sampling (stay tuned, though, there might be a new Pocket Operator with sampling capability coming up soon).

Don’t miss our next NAMM updates, giveaways, and special deals. Sign up for our newsletter here….
[sibwp_form id=3]