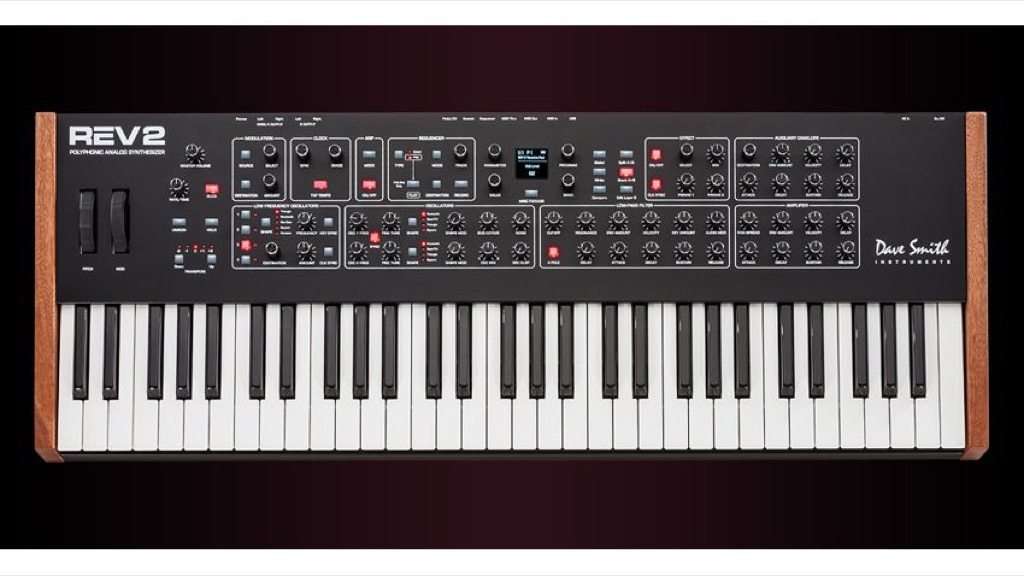 Dave Smith’s Prophet ’08 poly synth is a modern classic that has appeared on countless recordings and stages since its debut in 2007. Time for an upgrade?
That’s exactly what the US company announced at NAMM. The new REV2 retains all of the key features of the Prophet ’08 (like the 2/4 pole, low-pass, resonant Curtis filters) and expands on them.

It has twice the polyphony, twice the mod matrix, waveshape modulation on all waveforms (a sound-designer’s dream!), digital effects per layer in stacked or split voice mode, a polyphonic step sequencer per layer, and more.

Here is a video where Dave talks about his work and how exactly he recreated his Prophet ’08 into the REV2:

If you’re a preset w**re, you can download any of the many existing libraries of Prophet ’08 sounds and they will not only sound identical, but can be enhanced with the new features!

In short, the REV2 is a five octave, knob-per-function gem, with its very attractive price point being probably a killer feature.

Price and Availability
The price has yet to be confirmed, but expect $1499 for the 8 voice and $1999 for the 16 voice (great deal!). The REV2 will available in April of 2017.
For more information, visit the Rev2 product page.