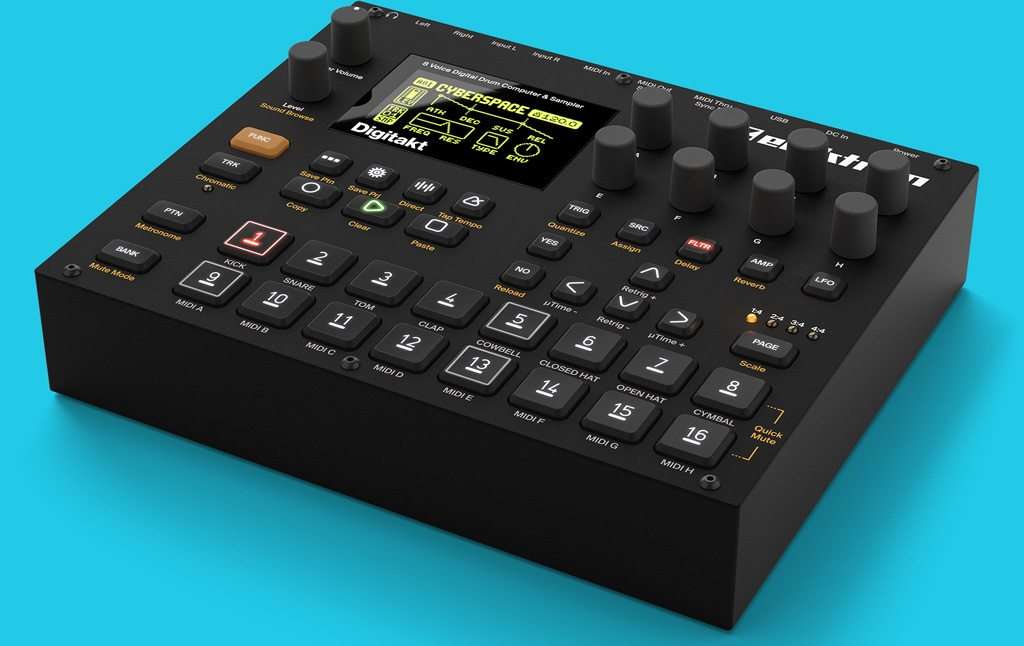 If you’re shopping for a drum-machine, there’s a new bit of magic in town.
Elektron just introduced Digitakt, a compact drum machine “with an astounding feature set and an exquisite digital sound engine”. Will it be the Machinedrum of the second decade of the 21st century?

Features
According to the company, Digitakt contains all the necessary tools you would expect from a modern drum machine.

Digitakt features also an OLED screen (still kinda small, but crisper than usual and you know, it’s Elektron after all!) plus tactile back-lit buttons. Last but not least, Digitakt is part of the Overbridge family, so you can have full control over it from your DAW.

A must-buy for beatmakers?
Being a compact instrument (same form-factor as the recently released Analog Heat), you won’t find more advanced features like separate audio outputs and CV/Gate Outputs. A dealbreaker for some users, I’m sure, but I think it’s an acceptable compromise for most of us.
We’re talking about a live-oriented machine with an attractive price point, and I believe Digitakt will sell like hot cakes (and will probably be the first Elektron machine for many users!).

Is it an Analog Rytm killer? We don’t know yet if Elektron is going to phase out the Analog Rytm (currently not in stock on the website). While the two machines share certain features, in my opinion, they cater to different groups and tastes.
I see Digitakt more as an Electribe & co. competitor. Despite being obviously more expensive than such machines, Elektron’s nifty sequencer is going to be a deciding factor for many users.