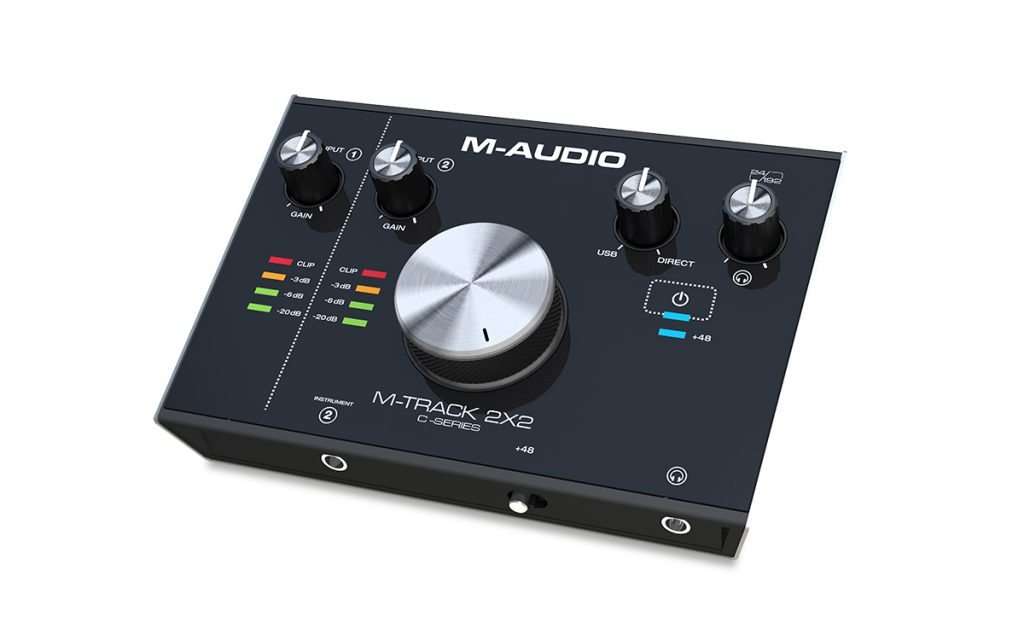 I’ll repeat myself here, but these are really great times if you’re just starting your career as a musician or bedroom producer.
The market offers plenty of options and even the ‘lower-end’ items often provide an amazing price/features ratio (globalization and technology advancements aren’t always a bad thing, after all!).

We recently introduced the brilliant Audient iD4 and now it’s time for two new and extremely affordable audio interfaces, the M-Track 2X2 and 2X2M (yes, M as MIDI!) from M-Audio.

The M-Track 2X2 and 2X2M (first announced at NAMM 2016) give musicians the ability to produce 24-bit/192kHz studio-quality computer-based recordings with a high-performance, intuitive, and easy-to-use design.

I still haven’t got a chance to test them, but I like their sleek look, with a metal chassis and a large machined-aluminium central volume knob. The specs are very attractive as well: according to the company, the “new and exclusive Crystal™ low-noise preamps and pristine A/D converters deliver the highest audio performance in its class. Each ¼” instrument input features a specially designed gain and impedance stage to provide the most accurate representation of a guitar or bass plugged directly into the interface.” 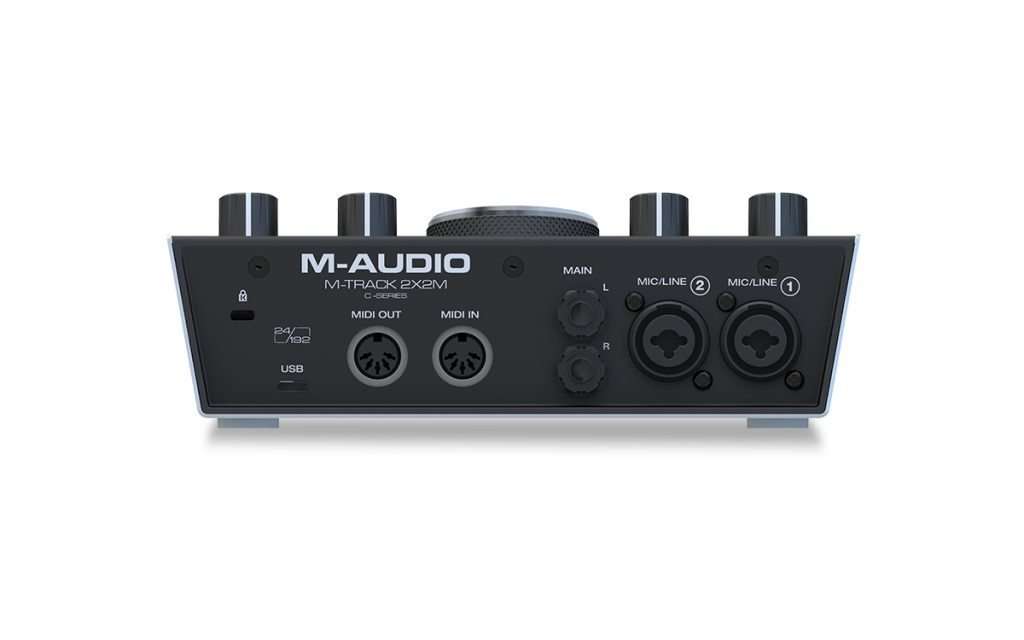 Features
The M-Track 2X2 is equipped with one balanced XLR+1/4” combo input and one 1/4” instrument input.
The MTrack 2X2M is equipped with two balanced XLR+1/4” combo inputs, two 1/4” instrument inputs, as well as 5-pin MIDI input and outputs for connecting external MIDI gear such as synthesizers or sequencers.
The two interfaces also boast stereo ¼” outs; ¼” headphone out with independent level control

The M-Track 2X2 and 2X2M connect to your Mac or PC via a standard USB or USB-C port using one of the two included cables. This Hi-Speed USB connection combined with the USB/Direct balance knob for zero-latency monitoring of the inputs makes the recording process easier than ever.

Software perks
No DAW yet? The M-Audio guys got you covered. The M-Track 2X2 and 2X2M include a quality software suite that provides all the tools you need to start making music with your computer: