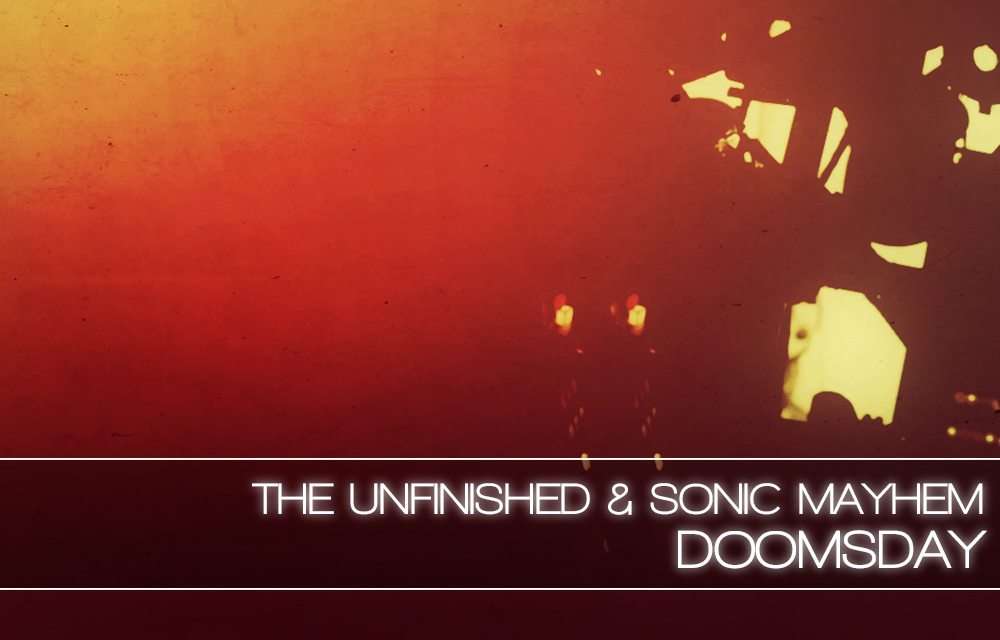 The Unfinished (Matt Bowdler) and Sonic Mayhem (Sascha Dikiciyan) have teamed up for this set of presets for Native Instruments Massive and Absynth. 128 presets each, they take advantage of the strengths of each synth, and also stamp their sonic signature on the presets they create.

Matt Bowdler is an accomplished sound designer, working for composers throughout the industry (see our interview with him). Sascha Dikiciyan is a sought-after composer, having written music for video games such as Mass Effect, Quake, Tron and Borderlands.

These sounds were made specifically for Sascha’s debut album as a solo artist, entitled DOOMSDAY.

The patches
There are 128 patches in Absynth Doomsday :

There are 128 patches in Massive Doomsday :

As the title suggests, the sounds are mainly heavy, dark and brooding. The presets for Massive tend to be more direct, piercing, heavy and driven. This reflects both the synth and the creator of the patches.
Likewise, the Absynth patches are generally more brooding, floating, with emphasis on soundscapes, pads and evolving atmospheres. However, there’s a pleasing crossover, and it’s not that cut and dried.

In use
One thing I noticed was how well the patches are set within each Synth to make good use of the performance elements. Most of the patches in Massive have each of the 8 performance knobs assigned. In Absynth, there are even more parameters assigned to midi cc’s. It would have been good to have some consistency in the midi cc’s assigned, as they change fairly often. However, that’s a very minor complaint. Out of the box, so to speak, the sounds are very manipulable and extremely ear-catching.

Conclusion
If you’re into writing industrial music, or dabble in video game or film writing, the cinematic yet gritty sound makes this pack well worth the investment!
Doomsday preset bundle is £29.99 and you can find out more info here