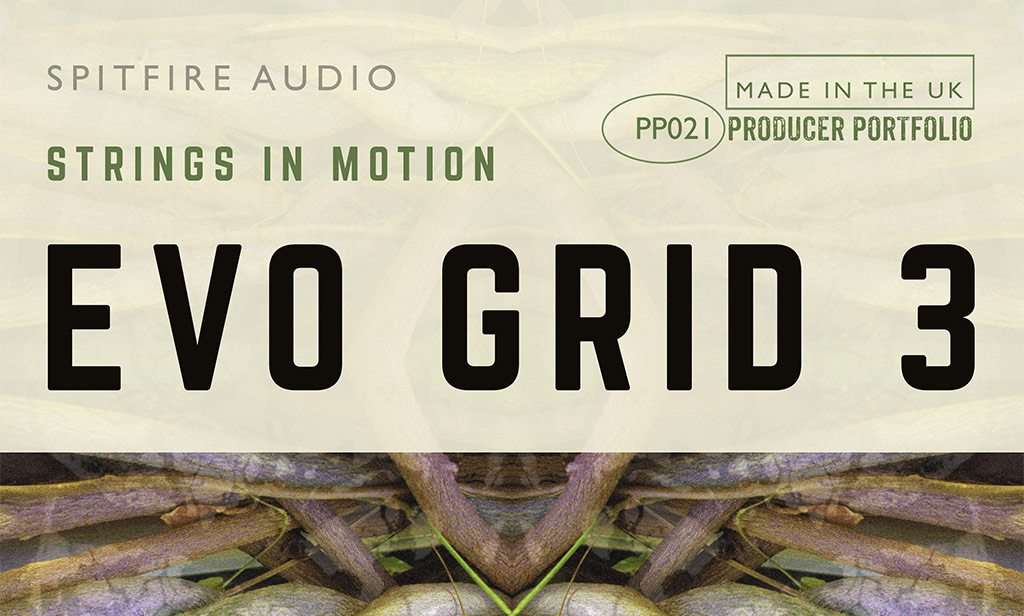 Spitfire Audio, one of our favorite sample libraries/virtual instruments companies, has announced an innovative product for their Producer Portfolio series. EVO GRID 3 – STRINGS IN MOTION takes the EVO GRID concept to new level, thanks to a series of tempo-lockable evolving strings ‘motions’.

‘Cheating’ has never felt so good: if you are you a media composer having to produce yards of sophisticated underscore for your TV scores, a games composer looking for ways of generating hours of iterative material, a producer looking for cool understated orchestral textures, then EVO GRID 3 can become your new best friend.

The story of EVO GRID (From a sandwich to a virtual instrument)
The story behind the EVO GRID concept is quite hilarious: Christian Henson — award-winning composer and co-founder of Spitfire Audio — had to write 13 hours of music for an epic TV series, but with no budget for orchestra and only three months in which to do it. A quick string sampling session subsequently ensued, during which he fortuitously recorded a series of significantly differing long strings evolutions. Staggered by the resulting sample-based virtual instrument, where the chaotic nature of different evolutions placed over different intervals made for exciting and unexpected results, he semi-seriously stated, “I could literally hit a big C minor chord, hold my sustain pedal down, reach for my sandwich, and the thing would still be writing itself a minute later while I was wiping mayo off my beard!”.

The rest is history, as they say. The EVO products started taking shape, with a GUI-based grid inspired by the cult-synth EMS VSC3. Composers loved the near-infinite creative (and time-saving!) possibilities offered by these instruments.

What’s new in EVO GRID 3?
EVO GRID 3 has been created by sampling evolving ‘motions’ or movements and rhythms outstandingly orchestrated by London- and Paris-based British composer and orchestrator Ben Foskett for a ‘chamber’ (small-sized) string band beautifully recorded in the dry, yet warm-sounding environs of Air-Edel Studio 1.

In PP021 EVO GRID 3 there are 37 unique evolutions across the whole range of the string band, grouped into three different categories. Its inspirational sounds are all tempo-locked to the host DAW while four individual mic signals — Close, Sweet Loops, ‘Completely Varped’, and Stretched — and a completely customisable EVO GRID with randomize function make more adventurous strings soundscapes than ever even more musically addictive.

Though the thinking behind PP021 EVO GRID 3 was initially to tackle the taxing sampling question of re-bowing — repeated phrasing on the same note, after two years of drawn-out development and shrewd scripting, the end result is so much more than was originally hoped for.