In use
I first tested the K-Mix as a standalone mixer. I used to have some traditional mixing desks, but they took up too much space and were not very portable. Sure, I miss the tactile experience of real knobs and faders, but the convenience offered by the K-Mix is hard to beat.

The faders feel nice. Their (light) press and drag action, while unusual, is intuitive and quite pleasant. At first, I was concerned with the potential lack of precision, but the Fine button comes to the rescue. It allows you to zoom in on a fader or a rotary control, so to have a fine tuning of the levels (or of the EQ, compressor, etc.). 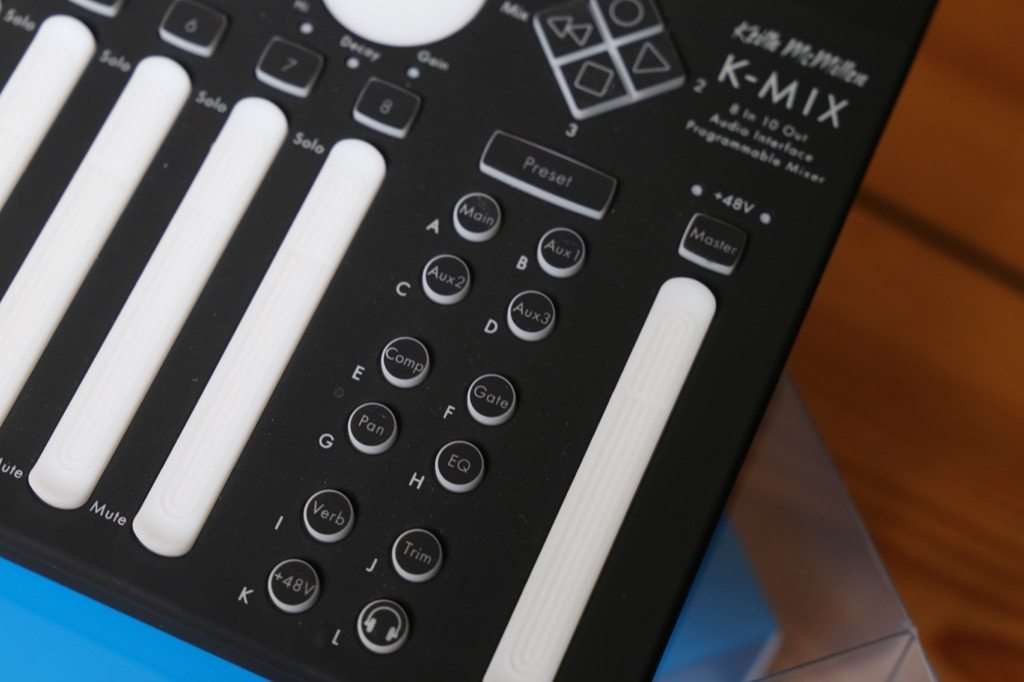 Bonus: you can also connect your turntable (my turntable preamp is worried now)!

Being a sort of futuristic mixer, the K-Mix requires some time to get used to. Given the size and the multipurpose design, this isn’t meant to be a knob-per-function kind of product. At the same time, it’s not rocket science either. I have been able to figure out most of the functions without looking at the manual (tip: the shift button is your friend!). 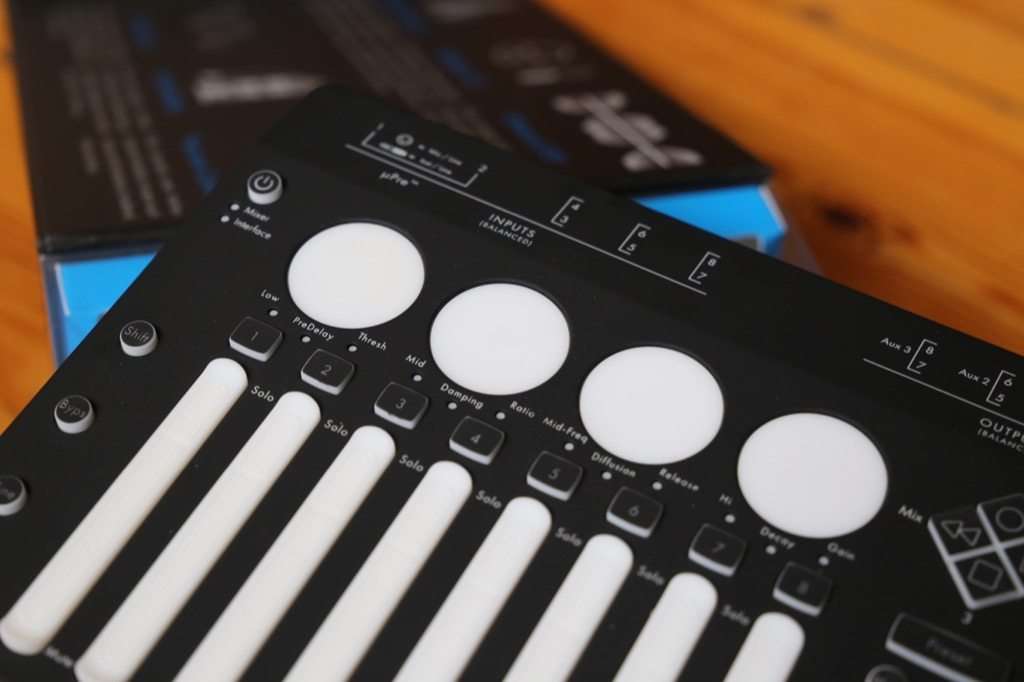 The onboard presets (12) can be very helpful for your live gigs: do you need different FX settings for your songs? Easy. Just save your favorite setups and load them with a couple of taps during the concert. If you need more presets, the software editor can store up to 999 of them.

Using the K-Mix as an audio interface with a computer couldn’t be easier. The unit is plug and play, and straightforward to use (at the moment the K-Mix supports Mac OS – Windows and iOS coming soon).

I tested the K-Mix with Logic Pro and Ableton Live, and the device performed flawlessly, recording its eight-channel audio stream without a hitch.

Again, the KMI team did a great job with the preamps. They sound natural and smooth, perfectly usable in any recording session. I tested them using a variety of mics (a Shure 58, a Neumann TLM49 and the always inspiring Placid Audio Copperphone) and they always deliver a pleasant tone.

I also used the eight inputs of the K-Mix (both as mixer and audio interface) with my hardware synthesizers, pedals, etc. I enjoyed the fact I could easily move the device around the room, according to my needs (if only KMI would have included a longer USB cable). I wish I had something so portable when I was a touring artist!

K-Mix is capable of both outputting MIDI to control other devices/ software, and receiving MIDI for control of its own parameters.

I have also used the K-Mix to control Logic and Ableton, through its transport control feature (the buttons of the Diamond Pad) and its faders. The unit is Mackie Control compatible, and it’s easy to configure in Logic Pro X. Just open the Control Surface panel, add a Mackie Control device and it’s done.

To assign the faders, you will need to use the standard cmd-L shortcut on each Logic fader. Note: to control the faders in Logic, the K-Mix must be in one the so-called MIDI Banks mode (1,2,3). You’ll find plenty of details in the manual. If you want to use both the transport control buttons AND the fader at the same time with Logic, you can skip the Mackie Control configuration above and just MIDI map each function using Logic’s Key Commands panel. 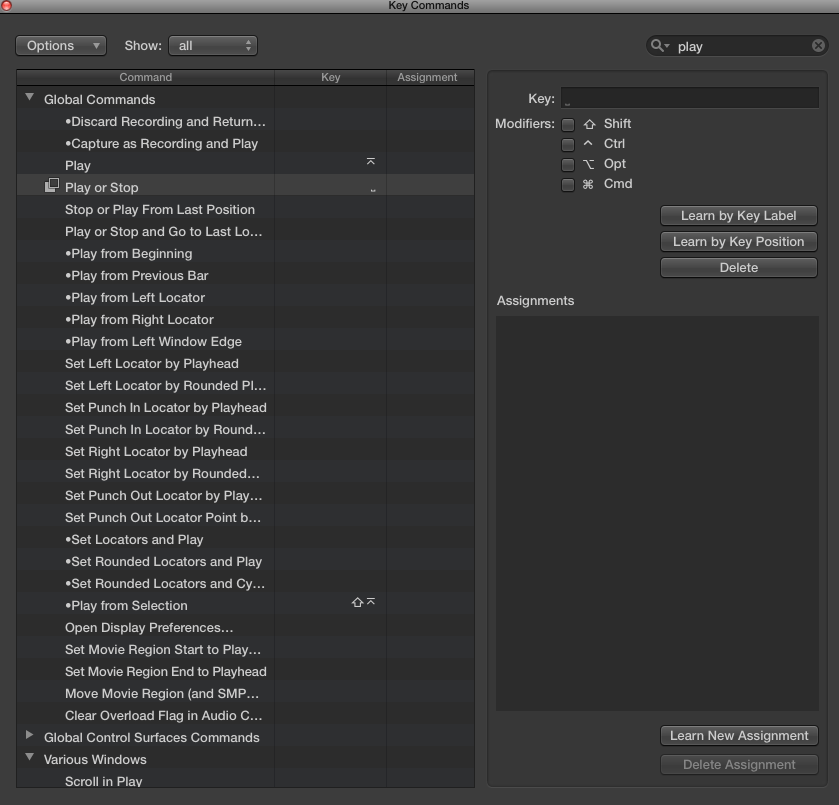 Here you can search for each transport control message (Play, Stop, Record, Rewind) and assign it to the corresponding K-Mix button.

To configure Ableton Live with the K-Mix, you can follow this short tutorial video.

KMI is working on a Remote Script for Ableton Live and Bitwig and will very likely provide templates for software that supports development of tight integration.

Are you an automation freak? As mentioned, the K-Mix supports bi-directional MIDI data. This means, for instance, that MIDI can also be sent from your computer to the K-Mix for controlling nearly all of K-Mix’s audio parameters!