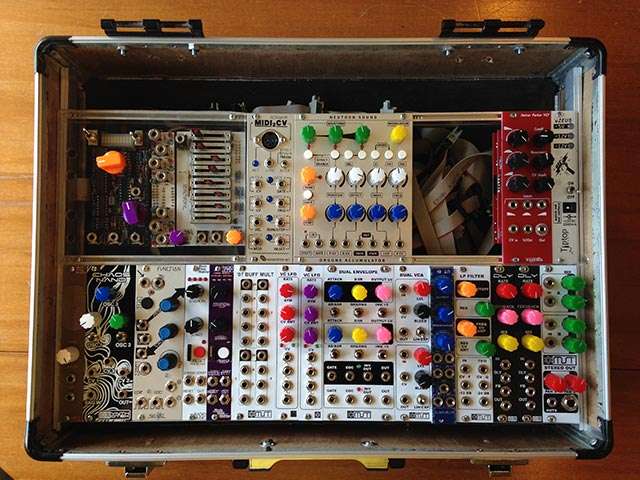 A few months back I decided to jump into the modular world of Eurorack synths. I was in Portland, Oregon for a family reunion and decide to pop into one of several shops that specialize in modular synths. For someone that loves blinking lights and knobs to turn these are dangerous stores to enter. After spending most of the afternoon playing with all of the gear in the store, I couldn’t help but walk out with a starter rack and power supply.

I had been on the Eurorack fence for the last few years. Friends heavily entrenched in the format warned, “stay away,” and, “don’t do it!” for the reasons that it may just consume all of my money and time. I didn’t listen and of course they were right. What they didn’t tell me is how rewarding it could be beyond the momentary joy of wiggling (a term used to describe the experimentation of patching and playing a modular synth.)

Why Modular Synthesis? Because it is Simple and Complex!
Two reasons kept drawing me toward modular synthesis. The first is the instant tactile control. There is a knob for frequency. Turn it and the pitch changes. That’s simple and fun! This simplicity was enticing after years of mapping midi controllers to an infinite selection of parameters in software and navigating hardware with convoluted menu diving.

The second reason I was drawn to modular synthesis deals with the ability to organize the very building blocks of sound instead of working within a pre-mapped closed system. When a synth (hardware or software) is designed, it is often built with a predetermined workflow.

Modular synthesis works depending on how the end user determines. Think about it like plugging together several guitar pedals. The end user can put the distortion before or after the delay, and the outcome will be different. This way of working is similar to my experience in the object-oriented program Max/MSP with the added bonus of instant tactile control. 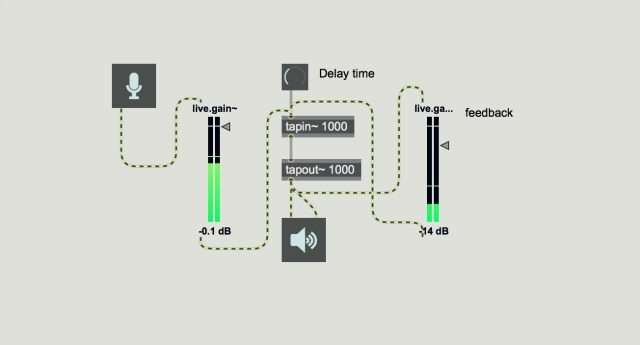 This point is easy to gloss over if you have yet to experiment in sound design. The potential for experimentation and finding new sounds is what brings me back to my modular system every time. At first, I was intimidated by all of the patch points, knobs, and switches. I was afraid that I could break something by plugging one module into the wrong jack. Fortunately you can’t as long as you are going with the flow (in to out, never out to out or in to in!) Eurorack design uses a standard voltage system that allows for advanced experimentation without worry.

The best part about jumping into modular synthesis is that you can do it however you want. You can take an academic approach by reading and learning about how a waveform can be altered and then try it out or you can just jump in and start patching. Both ways are useful to gaining a comprehensive understanding of how synthesis works in theory and in practice.

The Basics
While synthesizers are complex systems, the parts that make up these systems are simple. Oscillators, filters, envelopes, and amplifiers are the fundamental building blocks of synthesis. An oscillator is a sound source, a filter subtracts something from the sound, an envelope defines the shape of the sound in time, and an amplifier changes the volume level (amplitude) of the sound. Knowing what these basic components do to sound helps the beginner to discover new sounds and understand how they are made.

How Does it Work?
For those that aren’t 100% sure how modular synths work here is a quick introduction. A closed system synth goes something like oscillator > filter > envelope > output. In a modular system, you can decide the audio and control voltage paths to create complex sounds out of a very small selection of modules.

For further primer into the basics of synthesis, I suggest checking out the Tuesday Night Machines’ Modular Synth Basics on Youtube. They cover both the theory and practice of the fundamentals of synthesis for the beginner in a slow and thorough way.

Do It Yourself
As I started out in the world of modular synths I self imposed a rule that any module I would buy would have to be DIY. I did this for several reasons. The first is that I’m cheap. Kits, PCBs, panels, and parts can be inexpensive (or could cost a fortune if you aren’t careful.)

However there are less obvious costs that should be considered including tools, extra costs of shipping parts from at times three different suppliers for one module, as well as time invested. Most of these costs are upfront as you learn what tools work best, order parts in larger quantities, and become familiar with the steps to troubleshooting circuits.

The second reason I was interested in exploring DIY is that I wanted to learn more about electronics and I thought this would be a great way to do it. I’ve always learned more about a subject when I was engaged in the material and there was some kind of real world application to the knowledge gained. The promise of weird sounds to come has been a great motivator as I’ve started learning about electronics.

The third reason for going DIY is that I knew it would take time to build each module and that time spent researching, building, and troubleshooting modules would be a welcome distraction to the constant gear lust that many musicians know too well. I found myself searching the DIY subforum of Muffwiggler instead of checking out the Musician’s Friend, “stupid deal of the day.”

Kits
I decided to start by building a few kits. It might not be the least expensive option for DIY, but kits are a great place to start because there is no need to source parts (an aspect of DIY that can potentially take longer than the actual build.) Another reason I started with kits is because they have comprehensive documentation of the build process. Some of them even include pictures of each step to compare to your own build along the way which is great when you start out and don’t know the difference between a diode and a resistor! 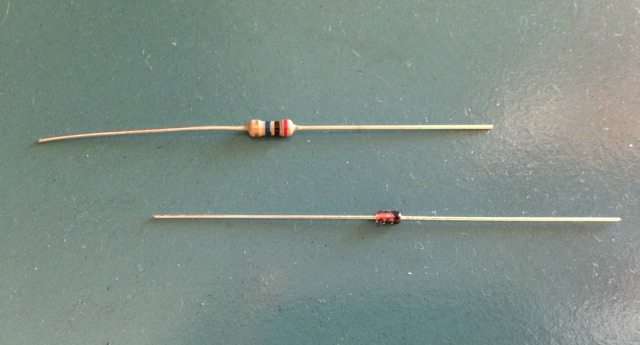 I started with kits from Synthrotek and Thonk although they aren’t the only game in town. Synthcube and Modular Addict are also great places to find kits, pcbs, and parts. There is also an increasing number of companies that will ship their boards directly to you.

First stop: Semi-Modular Synths
Before I made the plunge into the modular world I tested the waters with several devices that are dubbed, “semi-modular.” Although I’m not fully satisfied with this nomenclature, it is what it is. These devices usually consist of a standard synth workflow with the addition of a few patch points that allow for alternate routing of the signals. The Arturia Microbrute was the first semi-modular synth I started with. It gave me access to route the LFO (Low-frequency oscillator,) envelope, gate, and pitch to control the filter cutoff, PWM (pulse width modulation,) or blend amount of the different waveforms contained within the Microbrute. Even though there was a limited amount of patch points there was still a lot of potential to create different sounds with different combinations. From there I purchased the Moog Werkstatt and its expander. 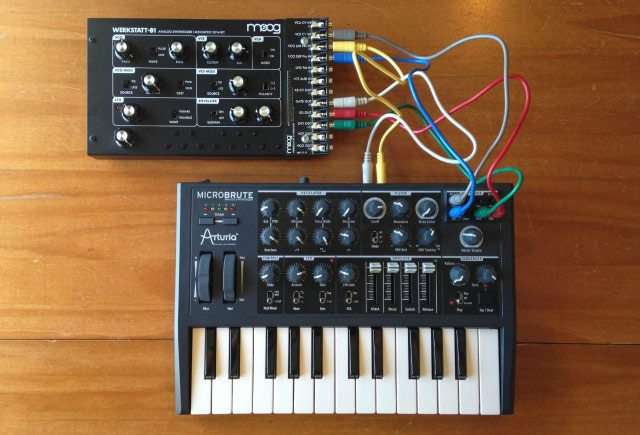 The expander gave me a total of 12 i/os to connect with itself as well as the Microbrute. I could then do things like use the keyboard of the Microbrute to play the Werkstatt or send the sound of one synth into the filter of the other. I was beginning to see the appeal of patching with a modular synth. These synths are compatible with the Eurorack environment, so I was able to supplement holes in my growing Eurorack system with the semi-modular synths. For instance, I used the envelope of the Werkstatt as my only envelope for the first three months before I built an envelope module.

Conclusion: To Wiggle!
I’ve had a blast learning about and playing in the modular synth world. I’ve met kind and friendly people locally, in the forums of Muffwiggler, and on Instagram that share this enthusiasm and interest in sounds. Since starting this journey, I’ve used the sounds I’ve created with my modular synth for songs in my own band, in scoring a 40-minute post-apocalyptic zombie film, and as inspiration for a piano trio piece.

If you love electronic music and synthesis, the only downsides that come to mind are the loss of spare time and cash in the pocketbook. While it’s no replacement for your favorite synth or DAW, it’s a way to have more fun and an opportunity to learn. I say, “Wiggle!”