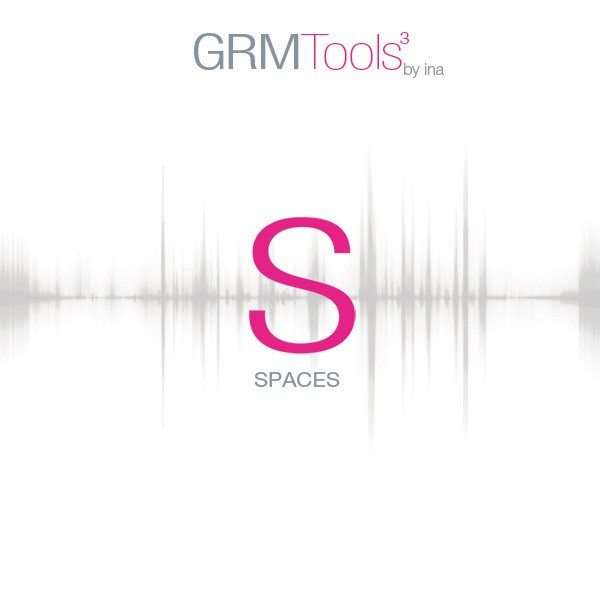 GRM is one of my favourite plugin companies for tools to manipulate sound in left field and creative ways. The processing plugins in their collection push the boundaries for manipulating sound, and often inspire me when I’m working with them.

GRM have recently released a new set of 3 plugins aimed at multichannel audio – which is a large part of their company’s heritage. The plugins build upon the same theme of source placement and movement within the sound field. These plugins can be used in stereo, but they’re aimed at, and work most effectively in multichannel systems, all the way up to 32 channels.

The plugins are all ensconced within the familiar GRM GUI; a large XY window with all modulatable parameters featuring as sliders below or to the side of the window, and the 15 preset buttons to the right of the window.

The GUI is very useful in giving you immediacy to the manipulation of the audio. You can grab elements with your mouse, and drag them around the window to directly affect the sound, rather than typing in commands, or sliding sliders.

All of the movements are automatable, and sync-able within the host software. The preset buttons are very handy for finding a setting with all the parameters you like, and saving with the click of a button. You can then morph between presets, which is where a lot of the cool sounds can come from. Of course these are all automatable also, so can sync within the host. 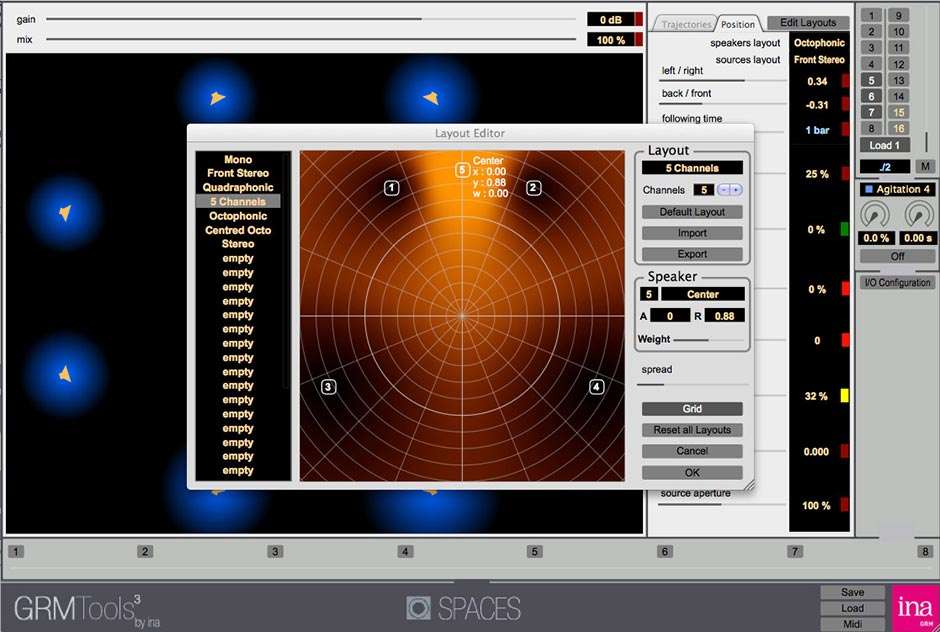 Spaces
Within Space, you can select and edit the speaker amount/setup/placement of your audio very precisely, the speakers then being shown graphically in the XY window. The number of channels from sound source can also be selected, from mono all the way up to 32 channel audio.

The channels then being shown as numbered circles. You can click anywhere in the XY window, and the centre point of the audio will move to that spot, quickly or slowly depending on how you set the ‘following time’ parameter.

Then to create movement within the plugin there’s a very flexible doppler effect you can apply, to get the source audio rotating around the centre point. Parameters are available to change the direction, size, orientation and speed of rotation.

There are set patterns of movement, like circle or square, or you can just draw your own, and interpolate between them. Watch the video for a demo. (no sound in this video)

Spacefilter
Spacefilter is a multi-band version of Spaces. The incoming audio is divided into four different frequency ranges, and you can then move them separately around the sound field, again using a double doppler effect. The size and range of the frequencies can be altered, and automated, with GRM’s excellent agitation parameter, as shown in the video below. (no sound in this video)

Spacegrain
I enjoyed this plugin the most. It’s a granuliser combined with spacial placement. You can create a cloud of grains, and adjust the placement of the grains within the sound field. See the video below for an example of it in use.

Conclusion
Sonically, these plugins are all very GRM flavoured. You can create subtle movement within your source audio, or you can go to town, and shape a completely new sound almost unrecognisable from source with the extreme settings of the plugins.

The amount of automation combined with the depth of manipulation at your fingertips is quite astonishing, and for both producers and sound designers once again, GRM have come up with some inspiring creativity tools to help you bring more out of your sound than you thought possible.

Well done GRM!! These plugins will work in stereo, as shown in the video above, but they will explode to life within multichannel setups.