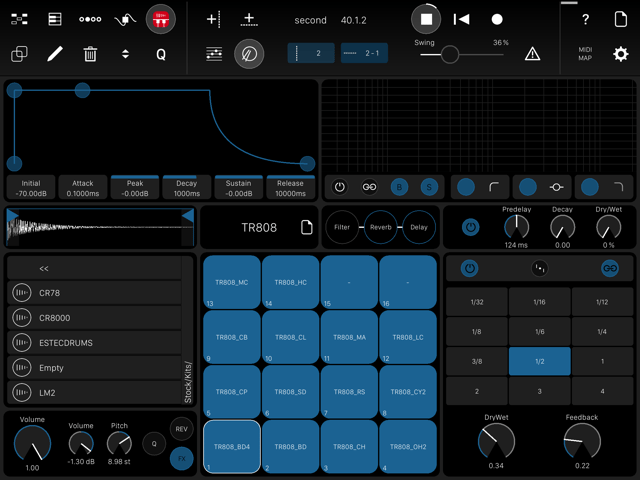 In our recent modstep review, we praised the features and the quality of this innovative iOS sequencer.

Actually, we liked the app so much that we’ve also featured it in our Sonic Joy 2015 awards in the Best iOS App category!

We also mentioned that the developers are actively supporting it, with regular updates that provide improved features and bugfixes (nobody’s perfect, right?).

Speaking of updates, the developers just got in touch to announce the 1.0.2 version. Along with critical bugfixes, the new version of the iOS sequencer now adds audio recording, audiobus support, AudioShare, a better performance on all iPads as well as numerous tweaks and enhancements.