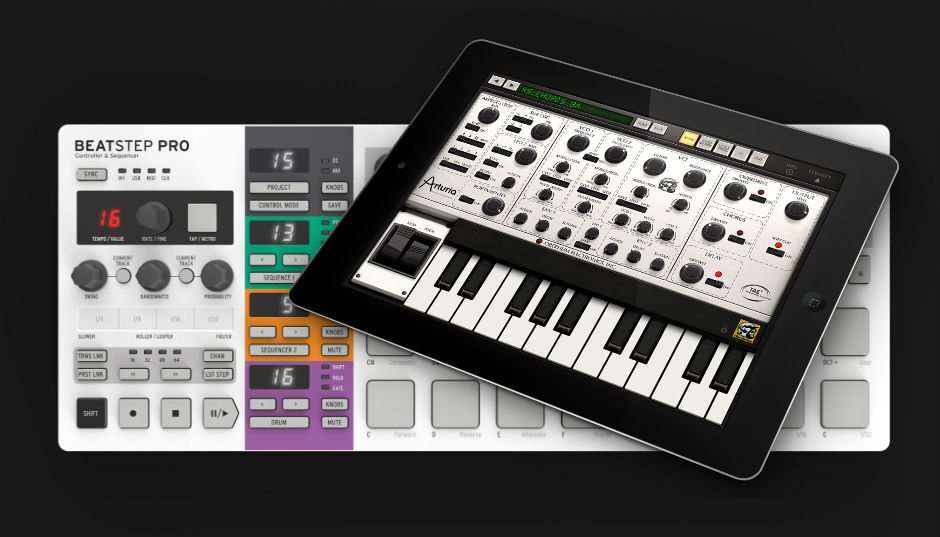 In our recent Arturia Beatstep Pro review we gave this eclectic and powerful new sequencer the thumbs up, but we also had to mention some issues.
The good news is the Arturians listened to their users and released a new firmware yesterday, 1.3, that address the main complaints about the products.

In short, the sequencer is now enhanced with quantized pattern launch and pattern chains (set in the newer version of the MIDI Control Center software). It is possible to edit the Velocity, Gate and Shift amount of all active steps in a sequence at once, and set the input MIDI channel directly from the unit.
Last but not least, an improved song position algorithm keeps BeatStep Pro synchronized at all times. More details on the official update page.

Good news also for iOS users. iSEM, one of my favorite iOS synth apps and now one of the first fully-compatible apps for Apple’s new Audio Unit Extensions technology.

Apple’s Audio Unit Extensions is a new technology in its latest iOS 9 (one more reason to update your iPad!) and OS X El Capitan operating systems that aims to bring the Audio Units (AU) system-level full plug-in architecture model that was previously only available to third-party developers in OS X, to both OS X and iOS!

According to iSEM development partner Rolf Wöhrmann (featured a few months ago in our iOS 9 related panel), “The main difference is that you can now run iSEM from within an app like GarageBand for iPad in much the same way as you would work with standard Arturia plug-ins when running them in desktop- or laptop-based host applications — integrating the great synth sounds of iSEM into your GarageBand projects without leaving the GarageBand app, in other words. iSEM users can now easily record and multitrack their iSEM- based creations within GarageBand, adding drums, voice, guitar, and other sounds to make more complete musical arrangements. It’s also possible to have multiple instances of iSEM running in GarageBand — at least three or four when using latest-generation iPads, which was impossible with the previous ‘standalone’ version of iSEM.”