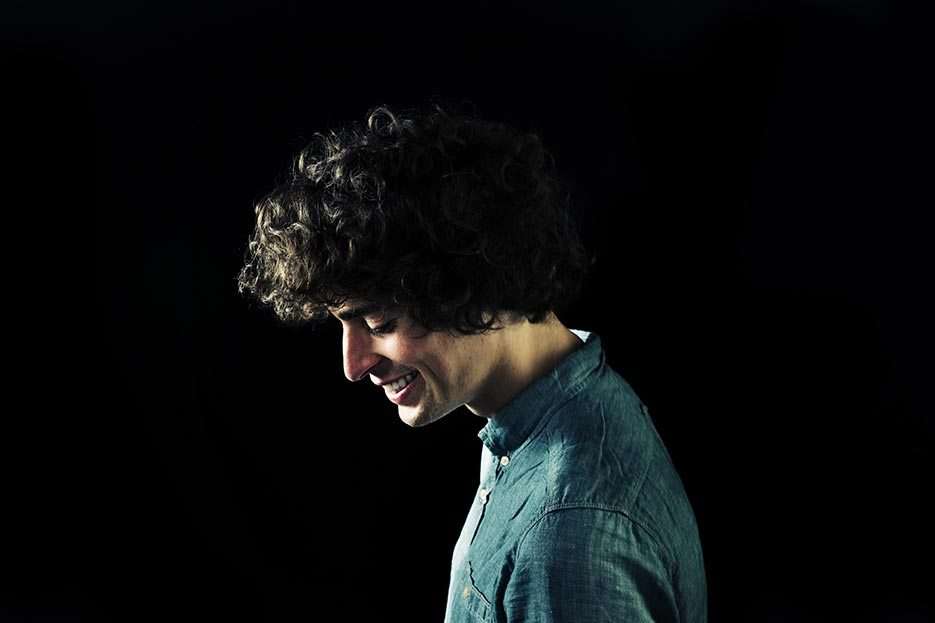 He recently remixed Max Richter’s ‘Berlin By Overnight’, released by Deutsche Grammophon, and also composed the OST for the Universal Pictures feature film ‘The Knife That Killed Me’. Among other things, Tom is also an avid Teenage Engineering OP-1 user.

We asked Tom some questions about his work, his workflow and his ‘musical toys’.

You’re part of this new generation of composers that feel ‘at home’ with both the ‘classical music heritage’ and contemporary technology. How difficult is it to balance these two sonic worlds in a creative way?
As a teenager I remember getting Garageband about the same time as I got my first electric guitar so for me writing songs and recording songs has always been part of the same creative process as I learned the two at the same time. Because of this, when I started getting more into classical music and jazz it seemed a natural thing to start recording them and experimenting using electronics as part of the composition process. The idea of playing the studio as an instrument has been around for a while, but I think now it is truer than ever. Certainly for me, using technology is ingrained in the composition process and I don’t really differentiate between composing and recording.

2014 has been a great year for you: you scored a Universal Pictures movie, The Knife That Killed Me, and got featured in a Max Richter remix album for Deutsche Grammophon. How does it feel going from self-released albums to major productions like these? Also, looking back at your career so far, what’s the best advice you would give to those younger musicians that would like to follow a similar path?
I have been very lucky with the opportunities that have come my way this last year; it has been a bit surreal at times but really rewarding and fun! I always just made whatever music I wanted and didn’t worry too much about if it was a cool thing to be doing or not, so it’s great to now be getting such positive responses to it!
As you already pointed out, my output is between a few different genres…

I was initially worried it might be confusing to someone approaching my music that different tracks were more classical and others more pop/electronic orientated, but luckily it seems the variety is actually a strength and something people really connect strongly to.

Anyone starting out, I would say to absolutely keep doing what you love to do, keep working to find your own voice and opportunities to put your music out there. If you believe 100% in what you are doing, then other will too.

You’re known to be an OP-1 fan. Can you tell us more about your love for this unique machine and how you integrate the OP-1 in your setup/workflow?
The OP1 is a great little machine. Although no single aspect of it is worth the asking price alone, it is the combination of everything that makes it special. I don’t know of any other piece of gear that allows you to do quite so many things in such an easy way. I use it as a swiss army knife in the studio to fill whatever role needs doing. Most often this is as a sampler; I love using the built-in microphone to capture the sound of the monitors in the room and create new textures from that.

Speaking of workflow, can you share with us your approach when working on a new piece?
Broadly my workflow is based round creating on hardware and mixing on software. The thing I love about hardware is how tactile it is, you can interact with it like an instrument, it feels like you can touch the music. I just don’t get the same connection interacting through a screen and a mouse. I also like how you develop a muscle memory for hardware gear, your body learns where every knob is and what it does, allowing you to adjust things instinctively when improvising.
When making a new piece, I record an improvisation directly to a 8 track reel-to-reel. I then record off the tape into 8 tracks in Logic Pro 9, where the improvisation is edited into a more focussed structure. Then it’s just a matter of working out what the track needs to be finished.
I try to finish the creative part of a track quite quickly, if I don’t have a clear idea of how I want the track to sound within a day or two then I abandon the idea and move on.

Let’s talk software & gear: what are your ‘desert island’ tools? Also, if you could ask audio companies to make something that is not yet on the market, what would be your pick?
For software, it would be Logic 9. I am often being told I should be using other DAW’s that are better at various things but I am really comfortable using logic 9 and am happy with the results, so I can’t see the point in upgrading at the moment.
Hardware my secret weapon is definitely guitar pedals. There are thousands of options, and compared to synths they are cheap to buy and sell so it’s easy to search for ones that compliment your synths and other hardware.
I would love for someone to make a new reel-to-reel tape machine, it is such a nightmare getting vintage gear fixed if it goes wrong. It would make life a lot easier if you could just pop down to your local gear shop and pick up some new tape heads there. There already are a few new tape delays on the market, so fingers crossed…

Your dream collaboration?
Tricky one! I would love to have had the opportunity to produce a Roberta Flack album, she has such a gorgeous voice. I also have an ambition to make some kind of atmospheric beats record with Bootsy Collins. His bass playing is so full of vibe, I think it could be amazing!

What should we expect from you in the next few months?
I just moved to Berlin so am looking forwards to getting involved in the scene here. I have a few gigs coming up in Germany and also elsewhere in Europe, for info on gigs and other things check out my website and my Facebook page. I recently finished working on an album also so will be looking to put that out soon as well. It’s going to be a busy autumn!