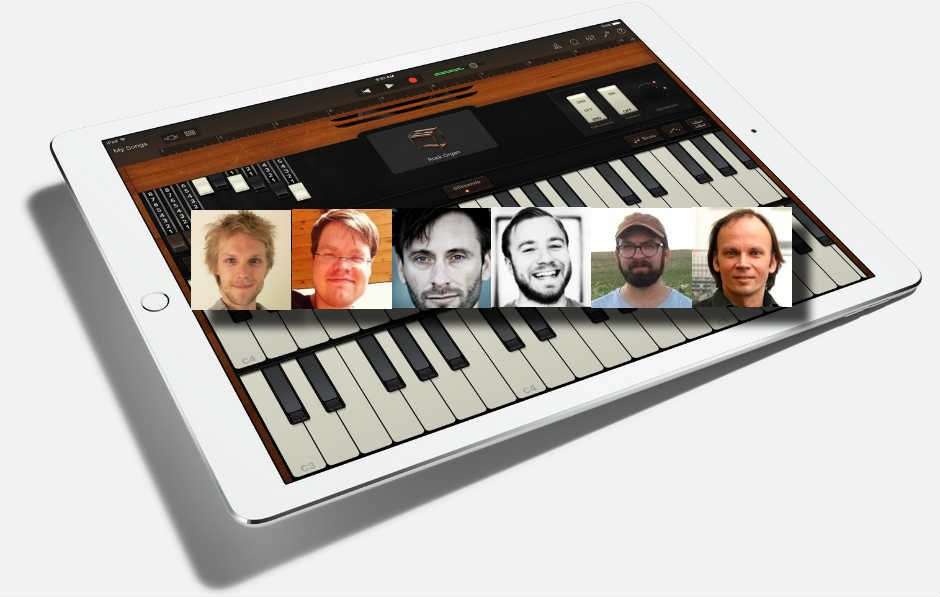 Ok, by now even your grandma should know that Apple announced the iPad Pro a few days ago. But what does this really mean for iOS musicians? What should we expect in terms of music apps?

We asked these questions to some of the most relevant iOS music apps developers (more coming soon in the next round).


Michael:
I think it’ll mean we’ll start to see apps with more advanced capabilities. Screen real-estate is always tight on iOS, and that means we developers often need to make hard decisions about what to include and what to leave out. 12.9 inches certainly gives us more to work with. This comes at a great time for my own Loopy Masterpiece Edition project. I have big plans for workspaces in Masterpiece, with a bunch of new controls users can setup alongside the tracks: faders, buttons, switches, which can be hooked up to assorted actions and settings in the app. Ahh, the iPad Pro will work so well with that!

Sebastian:
I’m mostly interested in the changes to RAM. If it’s true that the iPad Pro has 4GB of RAM, then that’ll be a significant improvement over older devices.

Oliver:
It will finally have a size made for live shows, where you don’t want to play with fiddly small knobs and faders, I think we will see these big iPads more often in live acts soon.

Henrik:
I think iPad Pro opens up the possibility for building really deep and capable music creation apps designed for touch. With a bigger screen, it’s easier to avoid having modal interactions (i.e. navigating between different views). Making a great touch interface is very different from a classic mouse and keyboard interface though, so simply porting existing apps won’t work.

Ben:
I think you’ll start to see apps that take advantage of the space to show more information, or to allow different configurations to be shown at once.

Rolf:
Size matters! The increased screen real estate will allow for two hand operations and a whole new category of apps will be possible. Also, the 12.9-inch screen is the same size of a medium sized laptop. Thus, all apps running on these sizes will now be possible on the iPad Pro. We’re quite used to that size, so my guess is that people will love it. On the other hand, increased size means less portability compared to a classic iPad.

Do you think at some point we’ll have music apps specifically developed for the iPad Pro, to make the most of its size?

Michael:
Hmm, that’s a good question. For me personally, I think it’d be tricky to justify limiting the market demographic to just iPad Pro owners, so I don’t anticipate targeting the device exclusively for any new projects – at least not any time soon. That doesn’t mean that apps can’t take advantage of the facilities available on any particular device though, of course, and the iPad Pro could inspire new products.

Sebastian:
I think the market size for this would be relatively small, so iPad Pro-only apps would probably have to be priced higher. I’m currently not sure if there’s a way to even restrict an app to only be offered on iPad Pro.

Oliver:
I don’t think we’ll see apps developed only for the iPad Pro (and no other formats), but specially adapted screen wise for the iPad Pro sure, although this will enhance developing time. But Apple already tried to give dev’s some (new) tools like Autolayout and SizeClasses…

Henrik:
It would certainly be exciting to make apps specifically for the device, but before it makes sense for companies to invest in building apps for iPad Pro, there has to be enough users on the platform ans those users have to be willing to pay for the effort it would take to build great apps for it.

Ben:
I don’t think we’ll see “iPad Pro Only” apps, but I do think we’ll start to see apps that are optimized for it and have special features or layouts that work only on the Pro.

Rolf:
Yes, I believe that makes great sense. However, it’s not clear if the App Store allows for the required business models. These apps would have much-increased complexity and therefore development efforts. Without upgrade pricing, it would be hard on the long run to justify development costs and maintenance unless you have a service based model or something similar with recurring income for the developers.
Also supporting the Pencil will make apps for the iPad Pro special. I see here potential for music editing apps (wave editors, score writing programs). However, Apple might add the Pencil option also to a future iPad Air hardware update. 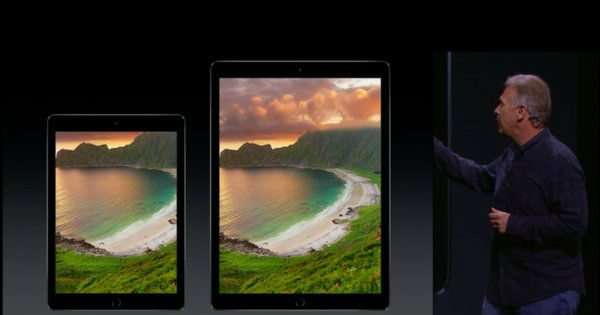 Speaking of performing, what’s your opinion on two of the new iPad Pro features – Slide Over (where you can choose a second app to open up as a pinned sidebar on the right) and Split View? Will they be a significant change in the way iOS musician perform?

Michael:
I have mixed feelings about it. It’s going to introduce an enormous amount of complexity for developers, just supporting the range of window dimensions. Lots of iOS music apps are designed for one particular screen orientation only, for example, and their interfaces would need to be rethought in order to support the new multitasking stuff.
I think it’s great for productivity apps, but right now I’m more interested in the new Audio Unit Extensions functionality for multi-app music workflows. This may be where we’ll see the most innovation, if it’s refined further.

Oliver:
Yes, switching between different apps is very annoying, right? With these new techniques, DAW apps on the iPad finally make sense. You can work on a Plugin Effect or Instrument while the DAW is still visible in the background. Fantastic!

Henrik:
I haven’t really tried the multitasking features so hard to say whether they work well or not. At Auxy, we’re more excited about building a fantastic experience in one app as opposed to trying to patch different apps together.

Ben:
I’m really excited about the idea that multiple apps can be on the screen at once — I think this suggests a ton of new workflows, where the iPad can become an almost modular type of system to work in.

Rolf:
Split View is the way to go: It allows for simultaneous interaction with both apps. That’s an amazing opportunity for new innovative concepts. Slide Over is nice for editing, but for performing is has the disadvantage that the app that gets slid over is not responsive for touch while this happens. So better go for the real thing: Split View.

Speaking of touch-screen devices, I feel we’re still at a very early stage of their evolution. I was hoping Apple would have added some kind of pressure-sensitivity (a killer feature for musicians, IMHO). I guess we’ll have to wait for the 2nd or 3rd generation. Do you agree with me about the disrupting impact that this could have on music making, and/or what else you’d like Apple to add to this device?

Michael:
We’re quite disappointed to see the iPad Pro has no 3D touch; that would’ve been huge. It’s going to be great on the iPhone 6s, though, and as you say: hopefully we’ll see it on the iPad Pro in a year or two. It’s certainly going to give developers and musicians a whole new axis of interaction to work with.
We wanted to see a USB-C interface on the new iPad, too, which would have been a really great feature for musicians. Ah well. Next year?

Oliver:
Totally! Surprising and disappointing that Apple did not implement it in the new iPads. Maybe the technique is cost intensive and they want to make some experience with the iPhone first. Anything that improves sensitivity makes the devices more interesting for musicians, for people who want to express, be it in a better piano like expression or some total new interfaces

Henrik:
I’m excited that Apple is able to expand and improve the ways you interact with touch screens and if 3D touch works well it definitely gives us more options for improving the interface.

Ben:
Yea, I think everyone in the iOS music community is waiting impatiently for 3D touch to come to the iPad. It’s certainly going to make controller apps more fluid and allow more depth in user interfaces in general. One thing I’d really like to see is something like the taptic engine, where you get touch feedback from the screen.

Rolf:
Yes, pressure-sensitivity and haptic feedback (even if it’s just emulated) will be the next level. I’m curious to see what 3D Touch brings to the new iPhones, but clearly 3D Touch isn’t particularly made for music performance but more for user control. My fear is that latency of current pressure-sensitivity isn’t where we need it. But we’ll see which innovations will come up in the near future.

iOS 9 has just been released today. We’ve heard of significant changes regarding audio apps routing/management. What iOS musicians should expect from this release, also in terms of integration with desktop DAWs and plugins?

Michael:
As I mentioned, Audio Unit Extensions is the new technology to keep an eye on. Apple needs to do a little more work on it before it’s ready, but I think it’s a very interesting direction for app-to-app audio, both from a workflow perspective and for robustness and reliability. Watch this space…

Sebastian:
We’re still waiting for Apple’s own system Audio Units on iOS to become compatible with the new Audio Unit Extensions. Until this arrives, many apps will face significant hurdles before their developers can make them compatible. I’m also wondering if users are going to accept (read: pay for) completely new apps that just act as containers for AU Extensions.

Oliver:
It looks like iOS and Apple desktop music are getting closer to each other, which is good. The announcements sounded pretty exciting, like AudioUnits that you can use on iOS AND Desktop. But I have heard that the needed frameworks are not at a final state yet – lots of bugs, that Apple should fix first. So I guess it will take some time before we get some new technologies / apps that make use of these new features.

Henrik:
We believe the next big thing will happen on smaller screens rather than bigger as well. Phones are the primary computer for the next generation of creators. It’s always in your pocket and will be the go-to device when creativity strikes. A lot of people will be making serious music on their iPhones only and our mission at Auxy is to provide fantastic tools for this shift to happen.

Ben:
As always, it’s going to take awhile for all the new technology to get integrated into most apps and for it to reach mass adoption. But it does seem like we are on the edge of some really exciting times for iOS music!

Rolf:
Feeding audio to the laptop will be much easier. However, I would love to get also MIDI support and two-way audio. Till then we would need to use Bluetooth for MIDI…