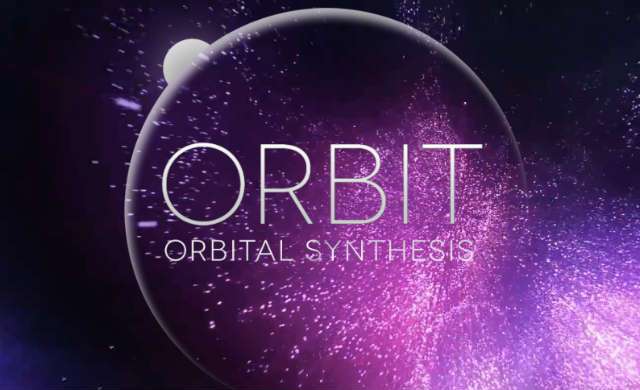 The strength of this instrument is creating subtle evolving pulse with a complexity of movement and evolution.

Cons
-It doesn’t include a ticket into space 😉

WideBlueSound is the new business partnership of renowned tv composer Jeff Rona, (whose The Reel World: Scoring For Pictures

book inspired me when I was first getting into composing for television. ) and composer/engineer Nathan Rightnour.
They’ve just released their first product – ORBIT. Jeff Rona stated in an interview on youtube –

“Over the years I’ve developed a whole range of techniques for musical sound design that apply well to picture, and that have rhythm and pulse. But they’re very complicated, and I would spend days and weeks developing a sound that would become a key element to a score. So Nathan and I started to play around with this idea of using Kontakt to develop this complex process into something that other people could use in a more fluid way”

What is it?
ORBIT is a Kontakt instrument that creates rhythmic drones, soundscapes, pulses and pads, that are constantly evolving. For those who’ve read our recent SIGNAL review, it’s an interesting sign of what composers are looking for, that this product came out at the same time as Output Sound’s fantastic Kontakt instrument. On the surface there are similarities to the intentions and focus of both instruments. However, the creators have approached the same focus with completely different ideas and creativity.

The GUI of ORBIT is very pretty, and clearly laid out. To kick off, you can browse the copious amount of presets, neatly laid out into style and atmosphere, to get the creative inspiration kick-started. Once you have an idea of the sonic capabilities of ORBIT, you can dive in and get creating your own presets.

There are four sound sources (or ‘orbits’) built from a selection of 101 sampled source sounds that you can choose from, organically sampled, and synthesized – to give a good range of sounds to start with. ORBIT rotates through each of these sounds in sequence at a tempo synced rate of your choosing, from 1/32nd beats to once every four bars. You can select each of the 4 orbit sound sources yourself, or hit the random button until something comes up that you like the sound of. You can move the order of orbits around, to start with the one you want, or end with the orbit you want. You can add gain, panning, tuning, and filter (high low and band) to each orbit separately. This alone gives you plenty of sources to choose from. However the process gets deeper:

There are 3 rhythm engines (essentially LFOs) that delineate the style that the 4 sound sources are rotated through. One is a pulse mode, like a Saw wave, Chop is a square wave, and Flow is a gentler sine wave. By choosing one of the 3 ‘engines’ you affect whether the sound is strong rhythmically, choppy and percussive, or more gentle and flowy.

There’s a rate knob (once a bar, for example, or 1/16th notes), a ‘punch’ and depth knob which affects the strength and amount of LFO wave and vary the pulsing from subtle to dramatic. A simple attack release envelope controls the gating of the pulsing, making the choppy nature of the rhythm more or less dramatic.

FX and MODS
A separate effects page allows you to add most of the built-in effects of Kontakt, mixing them and tweaking them to fit the sound you’re looking to create. 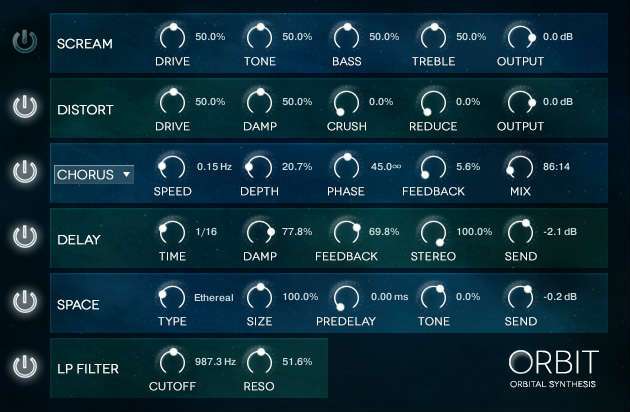 Perhaps the most exciting part of ORBIT is the modulation page, which contains 4 independent sequencers that you can assign to 24 different parameters within ORBIT. The four sequencers can be adjusted separately to differing amounts of steps, different rates, and in different directions. When you’ve got one sequence stepping every 1/32nd, and another once every four bars, the evolution can seem almost limitless. I particularly liked this section as it enabled a lot of movement and prevented the pulsing from sounding repetitive, which can be an issue with looping type software. It’s also very simple and intuitive to use. 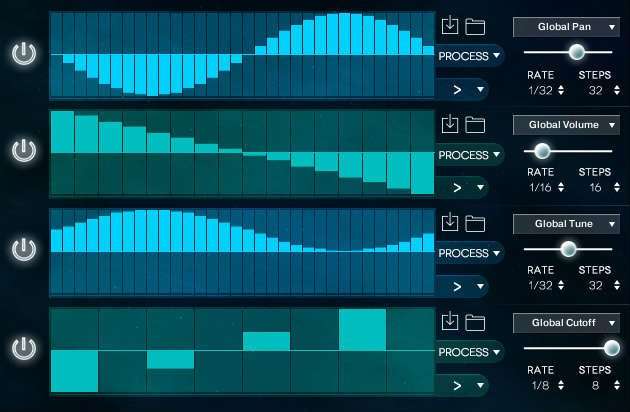 Here’s a quick overview of ORBIT provided by WideBlueSound’s head engineer, Nathan Rightnour. Take a good look and listen. You won’t be disappointed.

Price
$199 with $20 discount if you tweet/FB about it. Available on the WideBlueSound website.

Conclusion
ORBIT is WideBlueSound’s first instrument, and boy is it a corker. Having reviewed and totally fallen in love with Outputsounds SIGNAL – which I previously mentioned as having the same direction in creating pulsing sound, I found myself enjoying this library as much but for completely different reasons. I think that the strength of this machine is creating subtle evolving pulse with a complexity of movement and evolution. I found that the more ethereal types of soundscapes were supremely easy to create with ORBIT, and the included samples just enabled some exquisite sounds to appear. This combined with the very lightweight memory and CPU usage of ORBIT makes it a very attractive purchase to me. A recent update also means that you can use ORBIT in the free Kontakt player, which opens the library up to a whole host of people who don’t own the full Kontakt machine.
The quality of the instrument is clearly displayed in the massed ranks of cutting edge composers and producers rushing to give it glowing compliments as to its usefulness and quality. Highly recommend this instrument. It will be very useful in many different musical situations across a plethora of genres.