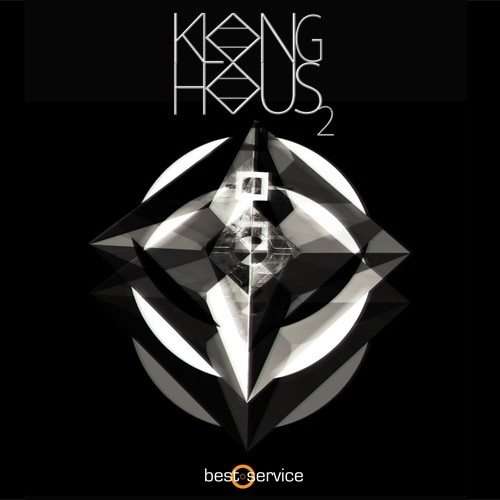 Klanghaus 2 is an updated version of the original Klanghaus odd percussion library. It builds on the previous library from Best Service, taking samples of custom percussion instruments created by composer and musical instrument inventor Ferdinand Foersch. The Klanghaus is an original forum for concerts and demonstrations of experimental instruments that he and other inventors have created.

Klanghaus 2 is set within Best Services proprietary sample player engine. There are 4GB worth of samples, containing loops, single hits, swells and drones.

The quality of the sound is very impressive. For the most part, the instrumentation is mostly the scrapes, plucks and howls of a metallic nature, and within that scope there is quite a wide variety of sound. There is also a fair amount of wooden sounding taps, hits and scrapes.

There is an inbuilt sequencer and arpeggiator within each instrument loaded, each with 3 different palettes that control 3 different types of loop (within the range, each note has a different loop). Within each palette, you can control envelopes, filters and fx, with the arpeggiator switching between notes in set or user patterns. This can quickly create a myriad of clever polyrhythms, and there’s a lot of great interplay with the unusual sounds in store in this library.

For me, Klanghaus2 fell a bit short with the Best Service Engine2 – the proprietary sample player that comes packaged with the library. For a start, I felt that the library itself wasn’t laid out very clearly – I wanted some kind of contextual organisation, either genre, atmosphere or tempo based, and there was none. It seemed a bit disorganised. It may be personal taste, but I felt that the time stretch algorithm didn’t work very well.

The initial issue was that it wasn’t clear what the original tempo of original loop recordings was. It was hard to find a clean tempo where you couldn’t hear aliasing except by chance. (It seems that most of the recordings were made around the 120bpm mark). I felt this limited the loop potential of the sample library. It would be a lot easier and quicker to work with, if I knew what tempo the loops were originally based in, as I wouldn’t have to trial-and-error my way to a clean sound.

Secondly, once I did find what I felt was the original tempo, there wasn’t too much room for manoeuvre. Digital artefacts started popping up quite quickly with tempo adjustment, especially in ambient soundscapes, and longer drone loops. I feel like there could be more options for time stretching algorithms to fit different sound sources, but I couldn’t find any options within the structure of Engine2.

It might just be personal taste, and had I got to spend more time with the engine I may have figured out some of the issues I had with it. But it seems such a shame that such interesting and well-recorded sounds get limited somewhat by the lack of organisation and intuitiveness of the proprietary player they are packaged with. The sounds themselves are phenomenal, and I would imagine very useful within Television, film and video game genres of moodier and darker nature. 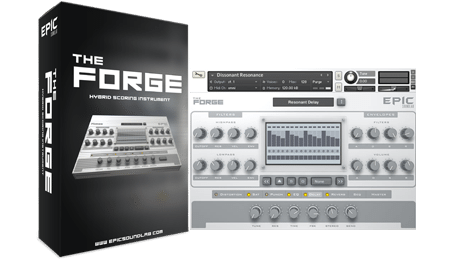 Epic Soundlab have created a library aimed at not too dissimilar territory from Klanghaus2, which makes this a good pairing to review. The Forge has slightly less sample material than Klanghaus2 (3.5 vs 4 GB worth of files) and sits within Native Instrument’s Kontakt sampler (full version required)

The Forge is a slightly wider instrumental palette than Klanghaus. Aimed at the more Hybrid electro orchestral market, the samples include Synths (Bass, pads, arps, melodic loops) Drums (Loops, impacts, tuned percussion, varying kit styles from acoustic to electronic) and FX, from swells and dives to soundscapes and drones.

The Forge loads up with a clean if slightly uninteresting script GUI that clearly lays out the options of Kontakt’s envelopes, filters and FX around a simple step sequencer (3 modes – classic arp, Chord seq and gate seq). The utilitarian view is useful for quickly accessing the sound that you’re looking for, and tweaking to taste.

Types of sample are clearly laid out divided into the different categories and accessed as you would any Kontakt library.

The sounds created in this pack are not cutting edge, but they are very tasty, and would fit in well with other percussion libraries. The sounds are for the most part dark and edgy, aggressive in tone, and driving. The drums loops are overdriven, cutting, and wouldn’t be amiss on a NIN track. In complementary fashion, the instrument selection is of more ethereal, melancholy and floating sounds. I particularly liked the Ghost piano sound – a muffled piano with clever use of reverb to create a haunting and floating instrument that has found its way into quite a few of my projects recently.

Here’s a short showcase of some of the drum sounds in The Forge.

Epic Soundlab also throw in another Kontakt instrument in Forge Edition ‘Octamorph’, which is a very interesting and cool soundscape generator, based off the morphing of 8 different layers of two samples used together. It reminded me of Antonio Blanca’s excellent Dron-E for Reaktor. Both of these instruments are very trial and error based tweakery that with a little time spent will create beautiful evolving and typically dark and spacey drones and soundscapes that will happily form the backdrop of a soundtrack. Octamorph comes with TouchOSC and Lemur templates included, which allows for a lot of realtime manipulation. It also allows for import of your own samples, which promises limitless drone creation!! Great move by Epic Soundlab to include this instrument, as it adds a lot of depth and creative power to complement The Forge.

Conclusion
Both of these sample libraries contain well-recorded and interesting sounds that would add sonic and rhythmic interest to your compositions. I feel that Epic Soundlab played it well by going with Kontakt for their sampler, which I feel is a lot stronger and more intuitive than Best Service Engine2. That is entirely personal taste however. I felt that the Best Service engine fell down a bit when stretching tempo, making the Klanghaus loops fairly useless if they were much outside their original tempo. I felt that the Klanghaus library was fairly expensive for what it provides you with. However, if you have the cash, I would say that the two libraries complement each other very well indeed, and would both add to your other sample libraries with some sonic depth when it comes to darker hybrid electronic orchestral compositions.