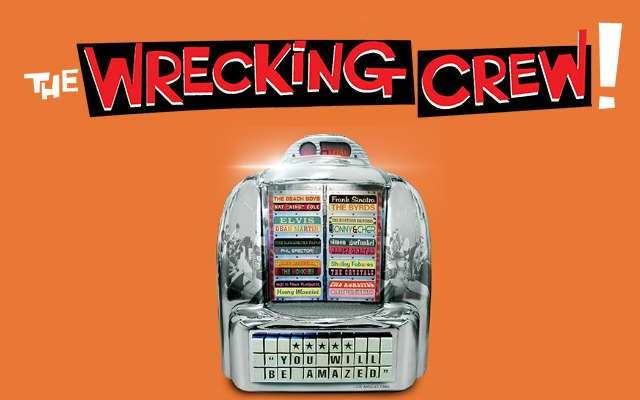 It would be hard to find a better example for the expression ‘unsung heroes’. The Wrecking Crew was a flexible group of master musicians that created the magic behind American ’50s and ’60’ popular music. They were the backing band for artists like The Beach Boys, Phil Spector, Frank Sinatra, Nancy Sinatra, Sonny & Cher, Elvis, The Monkees and many more.

What would Pet Sounds be without those percussion tricks? What would Spector’s wall of sound be without that unique musicianship? The list could go on and on.
The documentary The Wrecking Crew (directed by Denny Tedesco, the son of Wrecking Crew member Tommy Tedesco) offers an unforgettable and much-needed peek behind the curtain at these oft-heard session musicians.

Unless you’ve lived all your life on Mars or in North Korea, you’ll find this stream of words and sounds absolutely irresistible.
Watching it, made me want to be there, during those legendary sessions. Those walls can’t talk, but at least in this documentary we get to hear amazing anecdotes and stories from people like Hal Blaine, Carol Kaye, Tommy Tedesco, Al Casey, Leon Russell, Brian Wilson, Glenn Campbell, etc.

Definitely a must-watch for any music lover. The Wrecking Crew is now available on DVD (with lots of extra content on the second disc), iTunes and even on Netflix, so no excuses.

Is there any documentary you would like to recommend? Tell us about it in the comments form below, thanks!