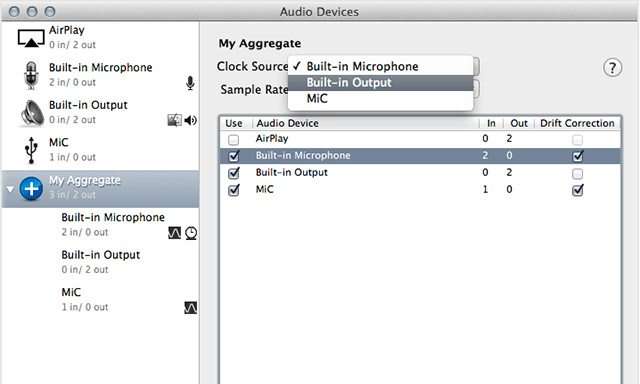 Last week we showed you how to use Audiomux to send and receive audio to Logic Pro from your iOS device.
Since posting the article we have received numerous requests for a more detailed tutorial on how to setup Audiomux using an aggregate device.

With the case of Audiomux, you can create an aggregate device that combines the inputs and outputs of your iOS with an audio interface resulting in the ability to use them together inside your DAW of choice.
This makes it easier since you will no longer be required to switch interfaces during a recording session, breaking up creative process. One thing to notes is the device that has the lowest sample rate will set the sample rate. In the case of using the Akai EIE, any devices that are combined with it will only record at 44.1 even if it’s capable of recording at higher rates.

The following video shows how this is setup but if you have any further questions please do not hesitate to ask.