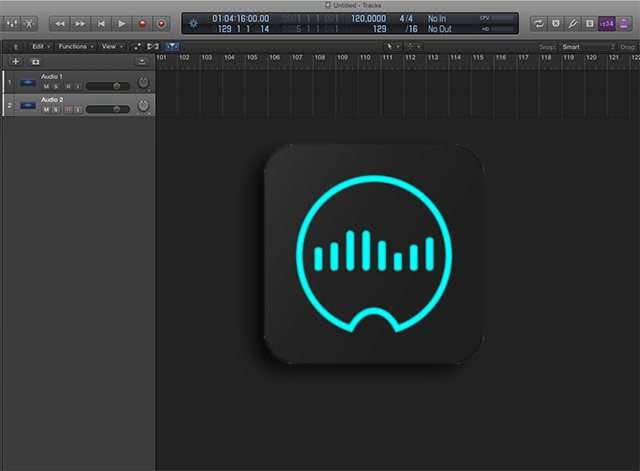 A few weeks ago we’ve introduced Midimux, a new powerful iOS app (+ Mac & Windows server), that allows you (for instance) to use your MIDI devices plugged to your Mac to control an iOS app, or to send MIDI messages (notes, etc.) from an iOS app to your desktop DAW, simply using the USB cable.
In our video tutorial(s) we used Midimux to connect the iPad to Logic.

In the meantime the guys behind Midimux have released a new app, Audiomux (+ Mac server, soon on Windows too), that lets your iOS device and your Mac talk audio, always using the same USB cable (that will also charge your iOS device!).
Audiomux uses Audiobus to work its magic: basically you can send audio from the iPad (for instance) to the Mac, AND from the Mac to the iPad, without using any extra hardware. How cool is that?

In the video tutorial below (created by Mitch Slayton, one of our new collaborators, welcome aboard Mitch!) we’ll show you how to connect the iPad to the Mac (running Logic), how to record the audio output from the iPad in Logic and how to filter (and record) a Logic track using an iPad FX app (in this case, the impressive FLUX:FX – see our interview with FLUX:FX developer). This last step is currently achieved through a workaround (explained in the video), but the next version of Audiomux should make it much easier.

The video is pretty self-explanatory, but if you’re new to this, feel free to ask your questions in the comments.
Note: you can buy Midimux and Audiomux separately or as a bundle (that’ll save you a few bucks!) for $9.99. If you make music with iOS and a desktop DAW these apps are definitely a must-buy, and won’t break your bank!

UPDATE: we partnered with the developer to give away 5 copies of Audiomux and 5 copies of Midimux.
To enter just leave a comment below this post, AND/OR tweet @audionewsroom using the hashtag #ANRmux (basically if you leave a comment & tweet you’ll double your chances).

The winners will be selected at random from all the entrants next Wed (April 8th). Enter now and good luck!