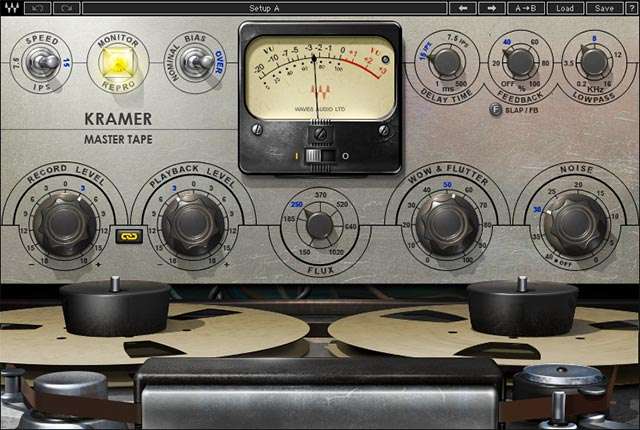 If you’re into vintage sounds and/or you would like to add a certain retro flair to your productions, you should definitely check out today’s deal.
Developed by Waves in association with the legendary engineer Eddie Kramer (among his credits Jimi Hendrix, Led Zeppelin, and The Beatles), Tape, Tubes & Transistors features three meticulously-modeled vintage plugins: Kramer Master Tape, HLS Channel, and PIE Compressor.
The modeled Tape Machine, a rare vintage 1/4″ reel-to-reel machine, was a mainstay of the recording industry. The plugin features adjustable tape speed, bias, flux, wow & flutter, and noise parameters, plus a flexible slap & feedback delay.
The HLS Channel was modeled on a Helios mixing console just like the one he used in historic sessions at London’s acclaimed Olympic Studios while the PIE Compressor was modeled on the dynamics processor known as the Pye Compressor, a solid state unit that was manufactured during the 1960s by Pye Telecom and that became a classic tool of British studios of the time, and it’s considered by many to be among of the best buss compressors of all time.
Buy now and save 70% on Waves Tape, Tubes and Transistors Bundle!