Camel Audio, the audio software company created in 2000 by Ben Gillett, very well known among electronic musicians for early plugins like CamelPhat, CamelSpace, Cameleon5000 and the ‘ambient-maker masterpiece’ Alchemy, has just announced that its products are no longer available for purchase.
Existing users can login and download their previous purchases until July 7, 2015. The company advises users to download and backup their products, using the handy CamelAudio Installer. Let’s just hope the next OS updates will let us enjoy these plugins as long as possible. By the way, at the time of writing Alchemy Mobile  is still available on the App Store but the Pro option (previously available as In App Purchase) seems gone. 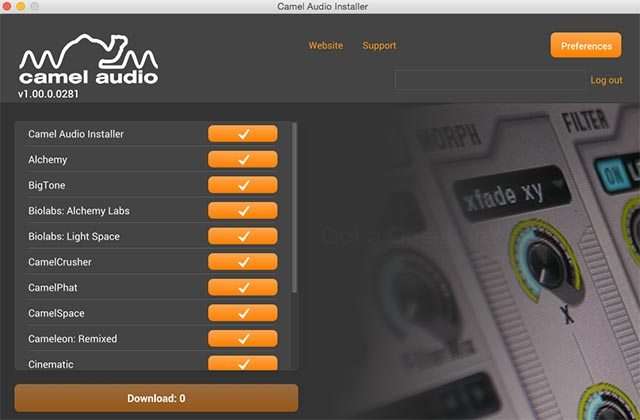 Camel Audio products have been featured on ANR several times (Alchemy won a Sonic Joy Award back in 2009), and we’ve always appreciated the high quality of their sound libraries (see some of our Camel Audio reviews here). I was personally really looking forward to their Alchemy v2 (announced several months ago) but at this point it’s not clear if the update will ever see the light. The Winter NAMM 2015 is close, and who knows, maybe we’ll see a buyout announcement…

I’ve contacted the Camel staff to know more about this sudden news and will update this post as soon as I have more information.