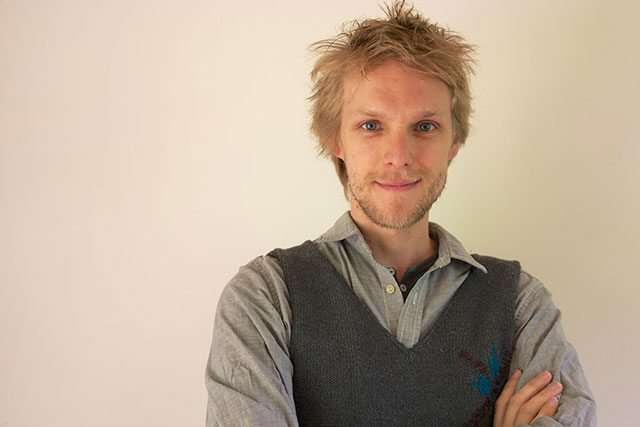 Michael Tyson is the man behind A Tasty Pixel and two of the most popular iOS apps, Loopy and Audiobus (co-developed with Sebastian Dittmann from Audanika). There is a chance you may have seen Loopy in action during the Tonight Show with Jimmy Fallon, with rock&pop legends like Billy Joel and Robert Plant!

Michael also released The Amazing Audio Engine, a framework that allows other audio apps developers to streamline their programming process through ready- to-use modules.
If that wasn’t enough, he just announced a new project, currently called “Loopy: Masterpiece Edition”, that aims at becoming the ultimate looper for iOS and pro musicians.

We thought it was the right time to ask Michael a few questions about his work, between past and future…

– A few years after the original concept, and with a V2 out since April, how are things for Audiobus right now and what are the main challenges it’s facing?

Audiobus is doing great. We have had a long year preparing for iOS 8, which required some really huge changes, all of which also have had to be integrated into all the compatible apps. It’s been a massive job, and all changes are under the hood, which, unfortunately, doesn’t look much different from the outside! I’ve found that a bit frustrating – needing to do all that work that wasn’t new features, but just compatibility changes – but it had to be done.
Fortunately, the community of developers we’re working with are generally a pretty diligent lot and we’ve got most apps onboard and working well on iOS 8. With that said, there are the few obligatory remaining glitches that accompany any major operating system update, but we’re coming to terms with them, helping Apple diagnose the outstanding issues or adding workarounds.

– Audiobus managed to find a clever solution for something Apple should have included in iOS before. How do you feel about the later launch of the IAA technology? And if you look into your crystal ball, what do you see in the IAA vs Audiobus future?

We took the launch of IAA as a clear sign we’re doing something right. We were also a bit stunned and concerned at first, but we quickly realised that there was going to be room for both IAA and Audiobus as they are fundamentally very different creatures. IAA is a great technology, a framework on which to build things, but that’s all it is. There’s no workflow stuff in there, no community, no overarching system that turns technology into tools. That’s where we fit in, with not just a technology but also a centralised and consistent workflow – that’s the connection panel, and the connection screen, for example; a compatible apps registry; a carefully constructed and documented development kit, and a really healthy and growing community.
So I don’t see any reason IAA and Audiobus need to be in competition – they’re quite different.

– What did you do to celebrate Loopy’s appearance in such a popular TV show? Was it a surprise or a bird told you…?

I flew up to Sydney to appear on national television! Well – that wasn’t part of the celebrations per se, but it was pretty novel. It was a complete surprise, although I had a good chat soon afterward with John MacDonald, the Tonight Show engineer extraordinaire who’s responsible for the thing. Turns out, he’s a Loopy user himself!
Quite excitingly, it all happened again recently, with Robert Plant. Maybe it’s going to become a regular segment! (how cool would that be??)

– Looking at The Amazing Audio Engine, it almost makes me want to become a developer myself! How did you come up with the idea of this framework, and what’s the feedback you’re getting from other developers so far?

This came out of some Loopy renovations, actually. I realised that what I was writing was actually pretty general, and that it would probably have a wider applicability that just my own app. Using Core Audio with Objective-C apps always tends to require a certain amount of ‘boilerplate’ work, to act as an interface between one’s data objects and the audio system, and I hadn’t found anything pre-existing that met all of my requirements.
I tend to try to write code like it’s for public use anyway, as a matter of course, as this forces me to ensure the interfaces between modules are solid and easy to maintain into the future. That meant it wasn’t a large step to actually making it public, and I figured it’d be in all our interests, mine included, to make it so.
It’s been very well-received thus far, and is surprisingly widely-used now. It’s reached the point where, in the course of supporting developers as part of my Audiobus duties, I’m seeing evidence of its use very frequently. That’s very cool, and I get great satisfaction from hearing people say it’s saved them heaps of development time. No one wants to write boring boilerplate code!

– You’re a self-confessed on-the-road developer (and a successful one, looking at the results!). According to your blog, Audiobus basically was conceived in a historic little town in the south of France. Any other inspiring place you plan to visit for your next project?

Indeed – at least it was! My partner Katherine and I had lovely three-and-a-half years living in our cosy motorhome and travelling around Europe. It was that surprisingly affordable lifestyle away from expensive Australia that gave both of us the financial freedom to pursue our own projects, which is how Loopy and then Audiobus came to be. As brilliant as it was, we always had a hankering for settling down somewhere though; somewhere with a garden, and sun, and lots of space, and – oh yes! – fixed plumbing and no visa pressures; and over the last year we have found ourselves firmly settled down on a quiet lush green acre in a lovely little forest village in the Dandenong Ranges outside of Melbourne. We love it, and it’s a great inspiration to us both, on a daily basis. We consider ourselves ridiculously fortunate!

– In your description of the new version of Loopy you say you aim at creating a serious, professional tool, something “that matters”, as you put it. Do you think the iPad can really be a reliable stage companion?

Yes, absolutely: especially with some really solid MIDI integration, I (and many others!) think it’s a great tool to have on stage. We’re right on the forefront of some really exciting stuff with the iPad, and we’re going to see it migrating to the stage more and more. Yes, it’s a relatively new platform, and it’s far more complex than the stuff it’s replacing on-stage, which means there’s more scope for glitches. That’s not particularly new: complex new technology always has teething issues. But that’s just temporary, and the flipside is that there’s also far more scope for expression and experimentation.
It’s also a very diverse platform, with software created by development teams consisting of one person, right up to large companies with immense development teams. That means the iPad is no one thing – it’s a hundred thousand different things, depending on what you’re running on it. Do that with a foot pedal!

– Thanks for sharing your thoughts with us and good luck for your new adventure! For those users not addicted to Loopy yet, the current Loopy HD edition can be downloaded from the link below.