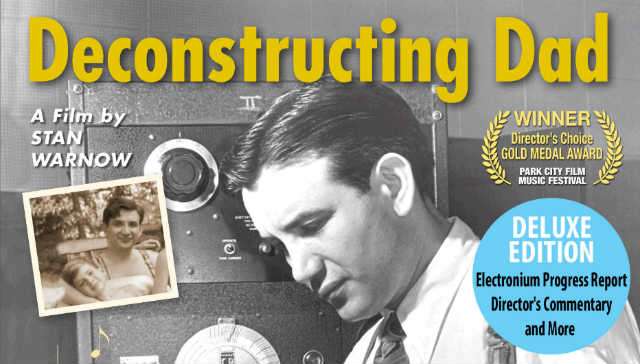 We published this article five years ago, but given this documentary has just been re-released for on-demand streaming and download on Vimeo, we thought it was worth it bringing it again to your attention.
Deconstructing Dad is a documentary dedicated to Raymond Scott, one of the real geniuses of the past century. As (hopefully) most of you will know, he was an accomplished musician, a very original composer and the inventor of some revolutionary electronic musical instruments.
A detailed description of Raymond Scott’s work would take too much space here. I’d recommend having a look at the Wikipedia page and the lovely official site.

Deconstructing Dad, now available on DVD and Vimeo (streaming and download), is directed and produced by Stan Warnow, Raymond’s son from his first marriage. It’s an act of love, a virtual reconciliation with someone who’s never been a perfect father. The documentary, while not extremely focused on musical or technical details, is a fascinating journey into Raymond Scott’s life and career.

It’s cool to see the few rare clips of Raymond Scott’s bands in action, and to hear some phone conversations (yes, he used to record private conversations, that was part of his technology addiction).
Also, the interviews with people like Jeff Winner (co-producer and founder of the official Raymond Scott Archives), Hal Willner, Don Byron, Williams, Herb Deutsch (Moog co-inventor) etc. help understanding Scott’s personality and approach to music.

There’s a moment in the movie that tells a lot about Scott’s method and evolution: with his bands, he was playing jazz, but that was not real jazz. I mean, the instrumentation and the language could be defined as such, but the approach was entirely different.
Control is the keyword here. He wanted to be in control. No improvisation, almost a sacrilege for jazz purists!

This clearly explains why later he fell in love with creating and using electronic instruments. In his lab (which looked incredible, by the way) he finally had complete control over the whole musical process. And, as far as we know, the tools he created were unique and ahead of his time. In the fifties, he had built a synthesizer, the Clavivox, and a polyphonic sequencer, before these words even existed. 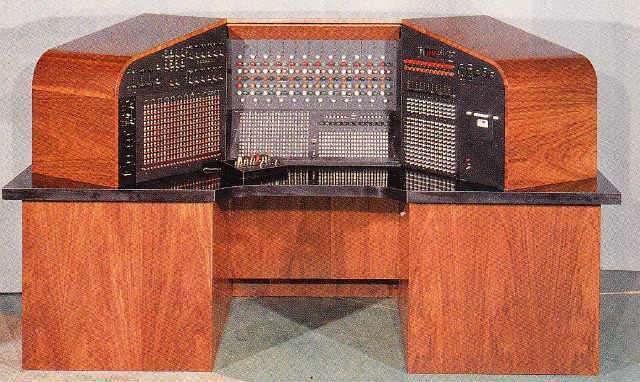 But he wanted more; he was dreaming of an intelligent machine, able to generate music automatically. And he created one, the Electronium, which was also bought by Barry Gordy, Motown’s godfather (which hired Scott at Motown too, as a researcher).

Raymond Scott was not interested in marketing his creatures. For him, they were all “work in progress”. He was constantly trying to improve them. That’s why years later he was fired by Gordy, tired of investing so much money in machines that were not ready for the market yet.

Raymond Scott, to me, is a sort of modern Leonardo Da Vinci: a perfect, rare, visionary mix of art and craft skills.

As said, this documentary is more about the man than about his music or his creations. While this leaves space for other, more specialized analysis of his work as composer and inventor, I’d recommend watching Deconstructing Dad.
It’s a brilliant, heartfelt and unique introduction to Raymond Scott’s genius.