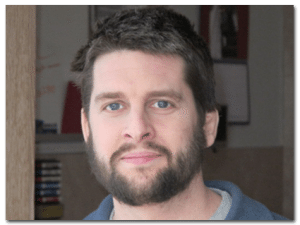 Don’t kill me: I love presets. I’ve always thought a bunch of well-designed presets can really bring a good product to a higher level (and also help as a great starting point for further tweaks).
Making presets is a mix of art, science and craftsmanship. We’ve already covered this topic once, talking with Howard Scarr (sound-designer for Access, Roland, NI, U-he, etc.).
Now we’d like to introduce the work of a younger presets wizard, Simon Ball alias Soundsdivine. He’s been quite active last year, creating sounds for many popular soft synthesizers, like DCAM, Imposcar, Minimonsta, etc.
Lately he released two new soundbanks (25$ each), for Ace (one of our 2009 awards’ winner) and XILS 3 (by the way, this one is really worth checking out, we’ll cover it later).
We’ve asked Simon to tell us more about his work (thanks for your suggestions, Chad ).

When you started playing synths, were you attracted by the wow-factor of the factory presets or…?
When I started playing synths, I was just in awe of the potential they offered. As is the case with many synths, my first synth (a Korg 01W/Pro) contained a mixture of inspiring and bland presets and everything else in between. But the factory presets were only a jumping off point for exploring the possibilities.

When did the idea for Soundsdivine come out?
When the recession hit Ireland, landscaping contracts dried up very quickly. With no work, I sat down at the computer and started programming presets for Gforcesoftware’s Minimonsta, then PSPAudioware’s PSP84 & Nitro plugins. At the time I didn’t think about it being a viable business, I just went with it. Soundsdivine really grew from that 3 months of programming presets.

What’s the typical workflow when you start working on a new soundbank? What’s the process to arrive at some of those unusual textures? Do you start out with a goal in mind?
Generally I don’t have a specific idea for a soundbank, I sit down with whatever synth I’m attracted to at the time, and start exploring what it is capable of. Almost all of the sounds develop from there. I try not to plan what Im doing and just go with the flow of creative energy as it happens. The search for those unusual textures is the main driving force behind many of the presets. 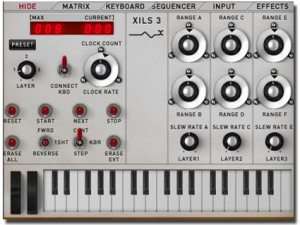 Your presets for XILS 3 are very musical and creative. Would you like to give our readers a few tips about this powerful and highly peculiar software synth?
1. Use the sequencer for small pitch / pwm / filter variations
2. Max the resonance and assign an oscillator to filter , experiment with the oscillator tuning
3. Use oscillator 3 square wave to pitch modulate oscillators 1+2 . Experiment with square wave level
4. Assign Ring modulator to Filter / Res then experiment with different Ring modulator combinations , then modulate the individual components of the ring modulator
5. Use noise at barely audible levels , everywhere
6. Use very short unsynced delay times with high feedback then modulate the delay lines with LFOs / Oscillators / looped Envelopes to get a range of comb filtering effects
7. Experiment with different tunings , use 3 oscillators but only assign Keyboard – Pitch with 2 oscillators
8. Experiment!

Looking at your catalog, it seems additive and sample-based synthesis are not your thing. Can you see yourself working on stuff like, for example, Alchemy or Absynth in the near future?
Alchemy, yes. Absynth , not in its current incarnation. I find the workflow awkward, and the sound less than inspiring.

I know it’s your job, but I guess you (like most of us) don’t like using the mouse to program a software synth. Is there a hardware controller you recommend? And do you think touch-based devices (like the iPad) will finally give software synths the “interaction environment” they need?
I’ve become so accustomed to the mouse I haven’t considered any touch based devices but I’m sure that will change in the future . I use an Akai MPK 25 but not as a hardware controller , just simply as a keyboard , its the best piece of hardware I’ve bought in years .
I think as the integration between softsynths and touch based devices deepens , softsynths will benefit hugely from the immediacy that physical interaction offers .

Last but not least, what kind of music do you listen to? And do you “compose” while sculpting your presets?
Everything except heavy metal and country. I’m loving Boozoo Bajou & Pascal Barbare at the moment. I don’t compose while making presets. It’s more productive for me to focus solely on making sounds.