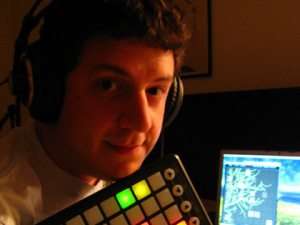 Novation’s Launchpad has caused quit a stir since its launch: it’s a compact, light, functional grid-based controller for Ableton Live, with a hard-to-beat price tag (yes, it’s made in China, but so is the iPod and most of the stuff we daily use). Actually I’m not interested in joining the Launchpad vs monome vs (put-your-fav-grid-controller-here) fight, so let’s try to focus on what users can expect from Novation’s product and how to get the most out of it.

We’ll cover Launchpad’s integration with Live in the next days, but even if you’re not a Live user (or if you’re already covered with other controllers, like the Akai Apc40) you could have some good reasons to get one.
Matt Di Fonzo’s work is one of these reasons. He’s the developer of nonome, a hack that lets you use the monome applications on the Launchpad (like those developed by Stretta).
We asked him a few questions about nonome, his workflow with the Launchpad, etc.

The latest version of nonome (1.24A, at the time of writing this article) can be downloaded here.
To follow nonome’s development, keep an eye on this thread (Matt told us he hopes to consolidate all of the nonome stuff onto one site soon, so people don’t have to dig through that long thread).

Hi Matt, what brought you to create nonome? And what’s the reaction from the monome community?

The monome community was creating software that looked like so much fun to use but tracking down an actual monome has always been a bit of a nightmare.
When the Launchpad was released, I was able to go down to Guitar Center and pick one up right then and there for less than half the price of a monome 64. I love Ableton and planned to use the Launchpad with Live, but the real reason that I bought it was to write a program to allow myself and others to have a monome experience that would be as close to the real thing as possible.
I was quite pleased with the reaction from the monome community. When I posted the first version of nonome, I was so excited to share my work with others that it didn’t even occur to me that there could be a negative reaction. There were far more people who were as excited as I was about it than there were people who wanted to keep all of the monome fun to themselves.
On a related note, I also wanted to thank the developers of SevenUpLive for specifically adding a piece of code that would make their program fully compatible with nonome and other devices.

I’ve read you were going to port the whole emulation on the maxforlive
platform. Any news?

As soon as Max for Live was released, I started working on a port of nonome so users could keep everything in Live instead of having to run multiple programs at once. I have a couple of working versions running on my computer but they still don’t work as well as the pure Max version. There is a lot of interest in getting nonome stuffed inside of Live so it is something that I’ll continue to fine tune. 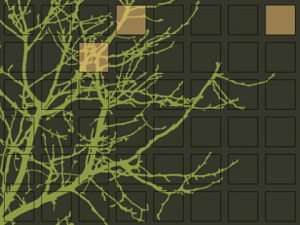 Are you going to develop more apps in the near future?

I’ve developed some really unpolished personal use apps, but I will definitely be working on some public apps in the future. There was a lot of discussion on the monome forums about the fear of so many future monome apps being developed for Max for Live; I plan on doing most of my app writing in Max so that more people will have access to them. I’m hoping that Ableton/Cycling ’74 release a “runtime” version of Max for Live soon.

How do you use your Launchpad? I guess you bought it to make some music too 😉

1. Launchpad + nonome + mlrV + Live : This works really well because I can trigger and play loops in mlr, map the right side keys to different effects in Live, trigger clips via session view, and use the mixer view with the Launchpad in control surface mode for track mutes / pan / sends / level / etc.

2. Launchpad + nonome + SevenUpLive v2 + Live : This is pretty much ideal for creating everything that gets dumped into mlrV. I set up the melodizer to trigger a virtual instrument that is being recorded on an audio track. That way I can just play and record the midi, audio, or both. The looper and stepper modes are also awesome and I tend to record what I’m doing so I can later dump it into mlrV. SevenUpLive v2 is such an incredible tool and it’s only getting better. The recent addition of MindShuffler to the suite is almost enough to keep me from bouncing back into mlrV.

Strongest/weakest points of the Launchpad?

The Launchpad is a huge success in just about every way for me. It works really well, it’s cost effective, and they clearly designed it with coders/hackers in mind. A lot of people have told me that nonome was the main reason why they bought one. I appreciate the support and am glad that I could provide a useful app, but it would be extremely useful even without being able to emulate the monome.
I’m obviously a fan, but I’ve got to say that there are some problems that I have with the hardware:

• The controller is very slow, even by midi standards. This isn’t a problem that you’ll run into using nonome (at least not any more) but it could be problematic if you want to send lots of information very quickly.

• Not having a class compliant driver means that you’ll have to install the driver whenever you move to a different computer.

• If you’re looking for MPC-grade pads, you’re not going to find those here either.

• I don’t know if it’s just a problem with my unit since I’ve been using it so much, but some leds are slightly different colors than others. Quite a few “full green” messages actually give me something that looks more like yellow.

• Not velocity sensitive. It can’t be fixed in the current version, but I’d love to see it happen at some point!