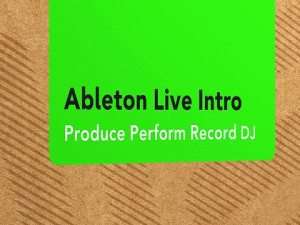 It’s a fact: DAWs are getting cheaper and cheaper. Logic Express showed the way in 2004, and then we have seen all sorts of light versions (more or less limited). But now everything is becoming so cheap that’s almost embarassing.
Just in the last two months we got Avid introducing its ProTools Essential, and now Ableton introducing its, ehm, Live Intro (which replaces Live LE).

Limitations? In Ableton’s words “the limitations are quantitative rather than qualitative, i.e. you’re limited to 64 audio tracks, 2 effect sends, 12 Ableton effects at once and so on.”

Going deeper in the features list, it’s true that some of the limitation of the previous Live LE version are gone (there’s full ReWire support now, good news!), and of course you get the Live 8 engine’s improvements (but no Complex Warp Modes), more extra contents, but there are still some (potentially) annoying things like the External VST/AU instrument or effect instances per project limitation (you can get just 4 of them), and you cannot edit Instrument, Drum, Effect Racks.

Anyway, Intro is so cheap that we should not complain much. And you know, having some limitations can even force you being more creative (repeat as a mantra: the Beatles did wonders just with a 4 track recorder!).

To have a clearer picture of the differences between Live 8 and Live Intro, have a look at the official feature comparison.
Live LE users can get Intro for free.
For those wanting to upgrade from Intro to the full Live 8 version, the price is 229 euro/dollars for the download version, or 279/349 for the boxed one.