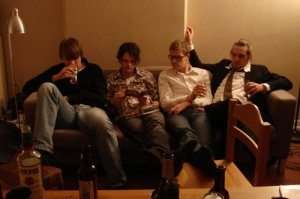 They describe themselves as a trio (the hacker, the guitar player, and the professor) and if we were a tabloid (?!?) we could easily say that Softube is one of the “hottest names” in the audio software circus.
Well, nevermind, we don’t think you’ll ever read of audio plug-ins on tabloids!…

Softube’s first release, Amp Room, has been an instant classic here at AudioNewsRoom. We love the fact it was a reaction against the trend of guitar amp simulators bloated with thousand features. With Amp Room you get three well sounding amps, modeled after some of the most sought after vintage gear, and a flexible mic positioning.
The concept is clear, and again, very rock’n’roll: you don’t need anything else to create great music. By the way, Amp Room can be also used with keyboards/synths/drum machine, etc. We found that playing with the microphone position you can get really interesting results, to add some air and punch to our tracks. Just be careful with the volume knobs, the saturation/tone is not easy to control. 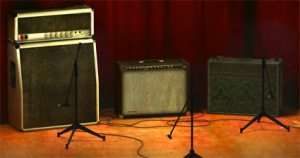 Later the Softube team has been hired to work on third party’s products, like the renowned Tubetech CL1B emulation for PowerCore, and some of the Abbey Road’s plugs.
In the meantime, as Softube, they released three effects, Acoustic Feedback, Tube Delay, Spring Reverb (also available as a bundle). Even if Acoustic Feedback is an incredibly fascinating concept we have to confess we felt more attracted by the last two plugs. Easy to use, nice GUI, cool sounding plugs, they’re definitely something to add to your collection, especially if you’re into vintage sound.
After testing Amp Room and these little gems, we knew we had a new name to add to our personal hi-end league of developers!

But the guys did not stop there. We’ve skipped the metal version of Amp Room, called…well… Metal Amp Room just because we’re not so much into those sounds (even if we’re sure it f-u-c-k-i-n-g r-r-r-r-r-r-ocks, at least according to some of our metalhead friends’ comments, you know they always talk like that!), but we’re glad to see they’ve just released their first compressor under the Softube brand: it’s the FET Compressor and yes, it’s inspired to the (put your favourite adjective here) 1176.

We’ll try this new plug soon, if it’s good as they say it will be added to our plug-in arsenal, no doubts. iLok owner can demo all the Softube plug-ins for 10 days, just visit their demo page.

During Christmas holidays we contacted Niklas Odelholm, Softube’s Product Manager, for a mini-interview. Actually, we were hoping to steal some of their secrets, but he did not say much. Uhm, maybe next time we should try putting a webcam in their labs and see what happens…!

Hi Niklas, in your pages you claim that your modelling theory makes the simulation sound as good as the real thing. Which kind of improvements, if any, do you think we will see in the next years?
When it comes to modeling of electronic gear, the theory is pretty much in place today and the technology to simulate it exists. More computer power will probably lead to the possibility to model more complex circuits but I doubt that we’ll see any major improvements in that area. When it comes to acoustic systems, there are still a lot of work that needs to be done.
Hopefully we’ll see a lot of products during the coming years that take advantage of the modeling technology but goes one step further and utilize it in innovative ways that wasn’t possible in hardware.

Always about modelling: while it seems to work great for things like outboard, amps, to our ears it’s still “not there” when it’s applied to instruments emulations, like piano and electric piano. Too many variables to keep in consideration?
Yes. Acoustic and mechanic systems (for instance a piano) are very complex and unpredictable, as compared to an electric system.

Is Softube team still made of a hacker, a guitar player, and a professor?
The hacker is still here, and he is still a hacker. But he’s also the President of Softube.
As of today, the team consists of four guys, Oscar (President), me (Product Manager), Torsten (Software Manager) and Arvid (Hardware Manager). We’re all musicians and engineers and are constantly fighting over the music playlist at the office (in the above picture, from left to right in all their northern beauty: Oscar, Torsten, Arvid, Niklas – Author’s Note)…

Do you think you’ll keep on doing modeling based products, or is there a chance to see something completely new by Softube, sooner or later?
Some of our products, such as the Tube Delay, doesn’t have a hardware counterpart and could be classified as an “original” product although it is based on modeling algorithms. We will probably release more “original” products in the future, but they will be based on the same technology as our modeled products.
Since most of our technology is based on modeling, we use the same technology when we make up new products. If we for instance would make an EQ product, we would start by drawing an electric schematic even if we aren’t going to build it in hardware. That way we will be able to use the modeling technology to make the product and ensure that it has a good analog sound and feel.

Your new release, the FET compressor is tempting… When you started working on it what did you feel was missing in previous emulations of “the most famous solid state compressor”. Also, how long did this project take?
I don’t want to complain about the predecessors, but I can mention that we felt that none of them really captured the input- and output-distortion of the real unit.
The project definitely took too long time. A couple of months.

Amp Room is cool, but even if you’re known to be guitar fanatics, it would be super-cool to have a special version of Amp Room “fine tuned” for keyboard/synth players. The Scarbee VKFX is still a good product but it would be nice to see some competition, isn’t it?
Definitely. We will release more Amp Room products and we have thought about a keyboard version. But all I can say is that the next Amp Room product won’t be a keyboard version.

We are curious… Softube’s New Year’s resolutions?
Well, I can’t speak for the other guys but I guess that we can promise to release lots of great products during 2009.