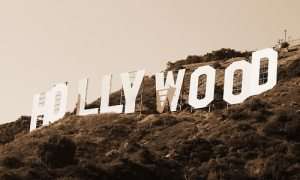 There’s a huge number of Impulse Responses on the web, both free and commercial ones.
Yes, you can get some good free IRs here and there, but if I’d need to pick a name in this field, I’d say Ernest Cholakis (and his Numerical Sound brand) without any doubt.
He’s really a sort of mad scientist for these things, and he knows his stuff probably better than anyone else.
So, when I heard there was a new Numerical Sound’s release, called Hollywood Impulse Responses (or HIR), I knew I wanted to put my hands on it.

This is the official description: “The Hollywood Impulse Responses (HIR) were inspired by the ambience of 20 major Hollywood blockbuster films released between 1977-2006. This selection of films were recorded in several famous recording studio’s sound stages and symphony halls.”

HIR is a 1.1 gigabytes library (several formats, WAV, AIFF, SD, 24 and 32bit), Mac and Pc compatible.
Of course you can use the IRs in your favourite convolution program (Space Designer, Pristine Space or others). I’ve loaded them in Altiverb.

HIR offers some unique features: it’s been thought as a perfect partner for individual musical instruments, thanks to its six sets of IRs that are high pass filtered at points of the frequency spectrum that match the range of acoustic instruments (C2, G2, C3, G3, C4, and G4). So, for example, if you have a cello track you can get better results using one of the C2 IRs, and so on.
Another interesting feature is timbre-related: for each IR there are five variations, Dark, Warm, Flat, Clear and Bright, which can be used to change the perceived timbre of an instrument or an ensemble.
Ernest claims this variation cannot be matched by any kind of EQ, and well, who am I to disagree?

The interesting thing about HIR is that it’s quite different from other products on the market, because it does not try to reproduce one or multiple actual acoustic spaces. Since, as said, it’s inspired by the ambiences of several Hollywood films, it follows the same “larger than life” paradigm.
I’ll go back to Ernest’s own words: “The source material in these film recordings often contained more bass and lower midrange power than comparable “normal” acoustic spaces, so the perceived size of the reverberant space is often much larger than these studios’ physical dimensions would ever be able to create.”

Some more numbers: the lenght of the reverbs go from 4.112 to 11.013 seconds. There are 4 Hall types: Small Sound Stage, Medium Sound Stage, Large Symphony Hall, Huge Sound Stage.
So it’s 600 IRs in total, divided in 6 notes groups, as said.
Anyway HIR is not about quantity. What you get here is quality and some unique features.
I’ve tried HIR on acoustic tracks and virtual instrument ones, and I can safely say it works great on both things. Especially virtual instrument tracks (sample libraries, percussions, etc.) benefit from HIR’s treatment!

Of course, HIR is not a product for everyone, but if you’re into sound-design and you’d like to have that “larger than life” sound on your tracks, I would get it as quickly as possible. The investment ($129.95) will pay off soon.

An interview with Ernest Cholakis about his partnership with Dan Dean, ProAudioVault.