At Soundtoys they do work hard, no doubts. Their (may I add “awesome sounding”?) plug-ins, originally available for PT users only, were released in 2007 in the AU format, becoming an instant classic for native users. In the next weeks they’re going to release the much-awaited VST version.
So, we’ve been patiently waiting for Ken Bodganowicz, Soundtoys’ founder and CEO, to reply to our questions, but… hey, would you ever dare to put the Eventide H3000’s DSP guru under pressure?

Ken, what you were doing before working at Eventide?

I was at Rensselaer Polytechnic institute, studying electrical engineering and also booking concerts for our school. Our biggest show was the Clash, one of my all time favorite bands. It was really cool to meet Joe Strummer and Mick Jones.

When did you start working at Eventide and which was your task?

I was hired at Eventide right after I graduated university, in 1984. My dream job was to design guitar stompboxes, so when I found out an effects company was close to my home in New Jersey, I was thrilled.
My first couple of projects never made it out the door. One was a digital delay, another was a computer graphics tablet. I did some work on Eventide’s SP2016 reverb. I redesigned the A/D converters for that. I also did probably the first ever emulation plug-in, an AMS RMX-16 nonlin reverb simulation for the SP2016. It came on an EPROM chip. It was the ’80s and gated reverb effects were in high demand!

Which was the main concept behind the H3000 and how much it owes to other previous products?

The original design concept for the H3000 was simply a stereo pitch changer. At the time, Eventide was making most of it’s money by selling expensive memory expansion cards for computers, and the audio division wasn’t doing so well.
Eventide had just hired myself, Bob Belcher (who works at SoundToys now), and Dave Derr (founder of Empirical Labs and Distressor Designer). The three of us fought pretty hard to get a chance to design the H3000, because we all came there to design audio products and not memory cards!
We were pretty nervous and started looking at the products that were coming out at the time, like Lexicon’s PCM-70 and Yamaha’s SPX-90. We knew that multi-effects were the way to go, so from the start we wanted out box to be versatile.
Bob worked nearly round the clock designing the hardware and circuit boards at night and the control software during the day. I’d usually come in the morning to find Bob just waking up in the easy chair in his office. Dave Derr designed the analog circuitry and I designed the DSP algorithms. 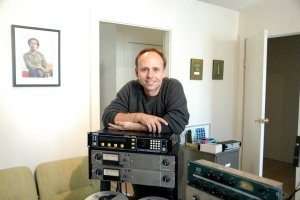 One of the things that I think helped was that we were all musicians and engineers, so we tried to make the box more ‘musical’. That was what drove me to develop ‘diatonic’ pitch shifting, because I felt that it was just an obvious musical need.
Pretty much everything in the H3000 was done from scratch, including all the signal processing algorithms. This was our first major audio product, and most of the engineers who had designed Eventide’s older products were no longer their. However, we did continue the philosophy of Eventide’s SP2016 reverb processor. That box was designed to run multiple different effects (which was new for the time) and even had a panel to plug-in new ROM chips to add effects “plug-ins”.

During the H3000’s development, which was (if there was any) the relationship with artists? Was Brian Eno involved somehow, or he was just an early adopter?

Well, for the most part we kept things pretty quiet – we didn’t even let our management know exactly what we were doing! Brian Eno was an early adopter, and wrote us a nice letter about how much he liked the H3000. That really meant a lot to us, and Bob and I taped up that letter in our offices.

Why did you choose to leave Eventide and start a software company?

After developing the H3000 and DSP4000 I was just ready for something new. I’ve always just wanted to do my own thing, and it seemed like having my own company was the best way to do that.

After having worked on such classic products like the ones we mentioned, how difficult it is to come out with new and better ideas/products?

Coming up with new ideas isn’t hard – it’s getting from there to the finished product that’s difficult.
For me, developing new products is always somewhat painful. I’m a real perfectionist, and tend to get obsessed with sometimes the smallest details.

One of the first things that I’ve noticed using the Soundtoys’ plugs, is the (high) quality of the factory presets. It’s not a common thing, and I’m sure there’s a lot of work behind them. Could you tell us something more about that?

Thanks – we work really hard on those! The preset thing really goes back to H3000 days. For the H3000, we were all involved in making presets, but I was the ‘editor’, doing the final tweaks and choosing the best from all the contributions. I’ve been lucky enough also to work with some talented sound designers. Andrew Schlesinger, for example, created the infamous Crystal Echoes preset for the H3000 still designs presets for us. Mitch Thomas who’s our sales and marketing manager is also a really talented sound designer, and designs our preset expansion packs. 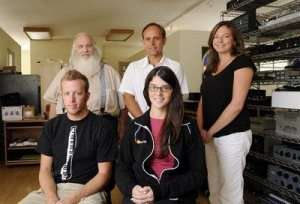 Recently your ported (almost all) your suite of effects to the native platforms, and it seems the reaction has been great. But, what about the “missing” plugs like Soundblender? It’s just they’re more complicated and longer to port or what? Sometime ago you said something like: “we’re still not sure what to do with it, maybe release some of its features under a new form…”

We’ve been working on porting the pitch processing code from DSP assembly language, which is extremely complicated. In the process we are planning on making some ‘improvements’ to the plug-ins so that they are easier to use and sound better.

You worked for a hardware company, and in your “info” page I’ve read you at SoundToys are collectors of fine hardware pieces. Don’t you miss a real, tactile interface for your own products?

Yes, I’d love to see some of our effect in a piece of hardware. Yes, turning real knobs is always more gratifying than using a mouse and screen. But it’s hard to deny the other benefits of software – almost unlimited instances for the same price and total recall and automation.

You say Soundtoys is based in a small place in Vermont, “where rush hour traffic is half a dozen cars at a stop light…”.
So that’s the secret of making better and “warmer” (whatever it means) plug-ins?

It gets REALLY cold here in the winter – we need something to warm us up!

Maybe this can be helpful to some of our readers: I see you’re looking for a plug-in developer. Does he/she need to transfer to Burlington?

We already work with some designers remotely, so that’s a possibility. However, we prefer to have someone at our lab. You miss a lot when you don’t see someone every day.

I see you often join conferences and meetings related to digital signal processing. Probably granular synthesis has been the most important finding in the last 3 decades, but which are the most interesting methods/techniques do you think we’ll see applied in audio hardware/software in the next years?

I’d say that the continuing improvement of “Frequency Domain” techniques that have made possible advanced time-stretching and pitch shifting combined with artificial intelligence techniques will make for some very interesting effects in the future.

The last, classic, ,question:  I swear I won’t tell anybody… What’s going on in your secret labs (and I mean besides the upcoming VST version)?

We’ve got a few new plug-ins that we are developing that I think you will like very very much! I can’t say much more than that.
Will you be coming out to AES or NAMM in the States? We’ll be at both shows, and hopefully at Messe this year as well. …