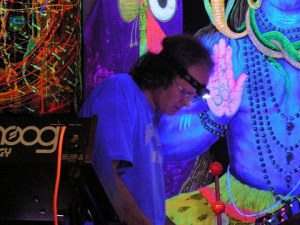 In the interview with Urs Heckmann from u-he, we mentioned the fact that Zebra 2 has been extensively used in the upcoming Batman – The Dark Knight. And we mentioned also Howard Scarr, because he’s been hired by Hans Zimmer to assist him in the sound-design stage.
Just some weeks ago, Howard Scarr (keyboard player in the uk prog scene with Zorch, sound designer for Access, Waldorf, etc.; for a complete profile check his website) has released a gorgeous collection of patches and resources for Zebra (242 sounds, 48 oscillator templates and 35 envelope templates, plus a few tips and tricks), called Zebra Science (a must for every Zebra user, available as usual at u-he website).
So it was a good moment to ask Howard some questions about his work and the world of synthesizers he knows so well…to find out that lately he’s more into playing guitar! So it goes…

Which was your first synthesizer?

That would be an EMS Synthi AKS, in 1973. The shop was probably the biggest in London – they had an AKS, a Minimoog and an ARP Odyssey. I chose the AKS over those other two because it could make wierd and wonderful noises – the Pink Floyd / Gong stuff. Plus it was slightly cheaper, it had a sequencer, and at the time I wasn’t really much of a keyboard player.

You have seen with your eyes and touched with your hands, both as musician and (later) as sound-designer, a good part of the (modern) history of synthesizers. In short, which have been, in your opinion, the highs and lows of this “great human enterprise”?

The truly great gear was mostly developed by enthusiasts investing a lot of brainpower and time following a personal dream. After the first large modulars, the major revolutions were the first affordable keyboard synths, practical solutions to polyphony and patch memory, affordable digital synthesis and most recently, plugins. The lows were either the results of cutting corners, making synths cheaper but less expressive (EMS Polysynthi and Akai AX series immediately spring to mind), or not involving musicians during the design stage. Of course we all had to survive a long period when knob-control practically disappeared from the panel!

Analog vs Software Instruments: recently, in a KVR thread you told that Zebra “beats” even some of the classic analog synths. Of course you were talking about the quality of sound (and the obvious advantages of the software synths, like multiple istances, etc.). But don’t you think that the big difference is still in the way you approach the instrument, and that this is a big part of the results you’ll get from it?

Sure. Hardware MIDI controllers really do let you approach good software in the same way as good hardware. Admittedly, you have to overcome the urge to use everything at your disposal instead of concentrating on performing, exploring the limits of one simple patch. First and foremost, you need to have at least a modicum of musical talent.

ReacTable was a brilliant idea, and I’d love to be let loose on one! I don’t feel button matrices make good performance interfaces, I would like to see them used for virtual patching instead.

Zorch were one of the first (and Uk’s first) all-synthesizer band. If you, today, were a teenager and going to form an all-synth band, which set-up would this band choose?

I think I’d go for a hybrid solution: A laptop as sequencer and plugin host, with a couple of good MIDI controllers and one or two highly tweakable monophonic analogue synths. On the other hand, there are so many synth-based acts out there, it might be easier to find your niche using exclusively old hardware – assuming you can afford it. By the way, on stage Zorch used just three EMS Synthis and two tape machines for ping-pong delay.

I’ve read you’re not a fan of 80s and 90s electronic music. So, even words like IDM, Glitch, Techno, D’n’B, Dubstep, etc. are banned in your vocabulary?

Not really banned, but I seldom hear enough difference between what I consider to be sub-genres of Techno to justify making such distinctions. I keep listening to new music, but to be honest, today’s flood of synth-based, beat-powered instrumentals either leaves me cold or even grates on my old-style musical sensibilities. Chemical Brothers and a few others have come up with some interesting stuff, but these days I actually prefer listening to new guitar-based bands. In fact I recently started practising guitar and joined a young band (Ayefore) in my home town, so I could strut my stuff on stage and get away from synths every now and again. 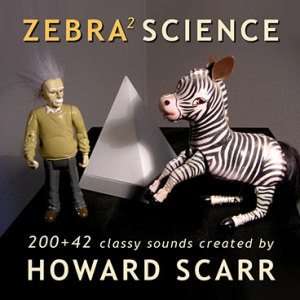 You’ve recently been hired by Hans Zimmer for the latest Batman soundtrack. Is Zebra 2 the only synth in action, and more in general, which is the role of the synths in this soundtrack?

At the time I left RCP, Zebra2 seemed to be the only plugin synth Hans was using, it was the only one I saw on the monitors and I didn’t see him reaching for any of his analogue monsters either – he is a big Zebra2 fan. I seriously doubt that he secretly loaded up a virtual TB303 in the middle of the night, when nobody was looking! Most of the other guys at RCP and co-composer James Newton-Howard are also using Zebra2 now. Mel Wesson provided a lot of basic material, and I know his main “axe” is a PPG modular system. I have no idea how prominent the synthetic sounds will be in the final mix i.e. how far they will blend into the live orchestral recordings (which I had the pleasure of attending) and samples, but my guess is that the general public will just hear a massive, scary orchestra, whereas synth enthusiasts will also hear the synths.

You’ve worked as a consultant too, for some of the biggest firms: what would you like to see in new musical instruments?

Above all I’d like to get rid of superfluous complexity, a shift away from fast-buck featuritis towards usability and quality. I’d like to see more new no-frills analogue performance synths with keyboards – the number of available Minimoogs and Odysseys is limited. Affordable VST host hardware (I’m waiting to check out how well the V-Box performs).  More precise multi-touch pads/displays with less resistive surfaces… maybe also implemented as a dedicated hand drum with physically modelled sound generation. Affordable convolution reverb for small venues. MIDI processing specifically aimed at spontaneous recordings to create bars and tempi… I’m sure I’ve left a lot out, but I’ve got to stop somewhere!

Since a couple of years you work for u-he. Ok, Urs’s not listening now, so please tell us: is he a good boss?

Urs is great! He is also fiercely independant – I can’t see him ever becoming a small cog in a big company, despite several offers.