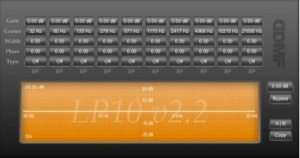 The much discussed pay-what-you-want model (Jane Siberry, Radiohead, etc.) is not just a music industry topic anymore. 5 months ago, a “young” software house, DDMF, has started adopting this model for its two products, the LP10 and the IIEQ PRO (respectively, a mastering equalizer and a parametric tracking equalizer).
We asked DDMF’s developer, Christian, to tell us something more about his products and his pricing model.

Hi Christian, how did the DDMF story start? Did you model your EQs after specific hardware models?

Well, let’s see: it began in 2006 when I was between two jobs and had some time to kill. As a scientist I had acquired quite a bit of numerical programming experience, and as a hobby musician I had a good overview over what went on in the plugin world. In my research projects I had used Fourier analysis of all sorts of signals for some time, and I wanted to see whether I could come up with a good-sounding FFT-based equalizer. That’s basically how the LP10 was born. It wasn’t specifically built after legendary hardware products, but its frequency response (which can be shaped very precise with an FFT-based EQ) follows exactly the ones of RLC modules which, after all, are the essential building blocks of hardware EQs.
Having the basic setup already available, I was then able to develop the IIEQ, a more “go-to” style EQ, in relatively short time. At that time I thought that the LP10 was really something special and the IIEQ more standard (although it offered 10 fully parametric bands),

I know your products had a “traditional” pricing scheme back then. Why did you adopt the pay-what-you-want scheme?

Yes, I offered the LP10 for 40 Euros and the IIEQ as freeware. Ironically the IIEQ received much more attention (well, it was freeware after all) so after some months I decided to publish an extended version of the IIEQ, the IIEQPro, as payware. And indeed, it sold better than the LP10!
But during all these months I never was really sure about the “right” price for the EQs. On the one hand side, there are competitors who charge more than 200 Dollars (and whose products can usually be reproduced by either the IIEQPro or the LP10 to an accuracy of -70 dB or better, by the way).
On the other hand, from my observation 90 percent of the market are young hobby musicians who, in all likelyhood, will not spend that much money on an EQ, but rather get it from emule or some russian torrent site (where my products had also appeared from day one). So when Radiohead published their new album based on the “pay-what-you-want” method, I immediately thought that this was a very interesting approach that would fit very well for DDMF. It would solve the piracy problem, it would allow everybody to buy an EQ from me (and if it is only for a dollar, it’s still better than nothing) and, as I only realized later, it’s also quite a good marketing tool. In fact, while before this price model DDMF was just another developer, it is now recommended in discussion forums much more often simply because it’s an interesting thing… 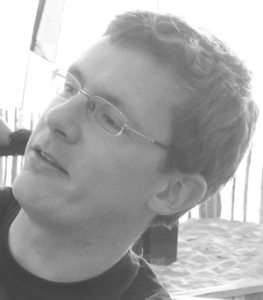 Let’s talk about the results. How do people behave with this scheme?

After 5 months the average price is still around 10 Dollars, and that’s really nice! I mean, the users can get away with 50 cents, but they deliberately pay more, sometimes even 50 Dollars, simply because they really like the product. So apart from the model being financially more successful than the old pricing scheme (it’s not making me a rich man, but I’m quite sure I’m above the average VST developer) it’s also much more rewarding since I have the feeling that people really appreciate what I’m doing.

What we should expect from DDMF in the next months?

In the near future I finally will release new versions of the EQs with full mouse handle control, as this is clearly number one on the request list. I’ll probably redesign the whole GUI and add a few other features while doing this, so it’s gonna be a major update. It’s also tempting to pursue other types of effects like compressors, but at the moment there are no immediate plans.